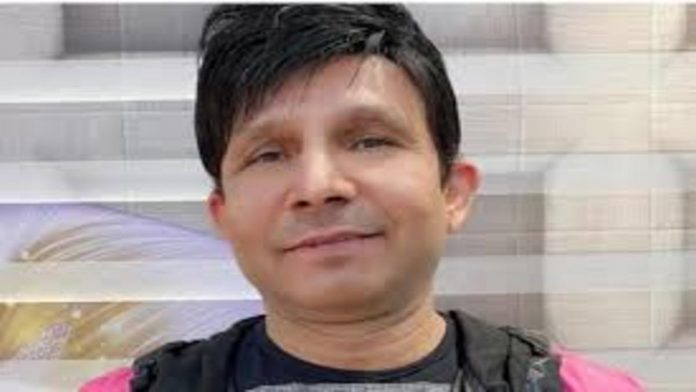 Kamaal R Khan aka KRK, Bollywood’s infamous self-proclaimed critic, is notable for stoking huge controversy in the B-town industry with his contentious rants on Twitter. The actor-turned-critic frequently uses his Twitter handle to make unwelcome barbs at celebrities. Kamaal never fails to get himself into problems with his digs, whether it’s with Salman Khan or Kangana Ranaut.

For the uninitiated, KRK made his Bollywood debut with Deshdrohi in 2008. However, due to riot fears, the film was banned in Maharashtra. The actor is well-known for his appearance on Bigg Boss Season 3 as a contestant. Ek Villain, directed by Mohit Suri, included Kamaal as well.

After attempting his luck in Bollywood, the actor rebranded himself as a critic and began writing film reviews. KRK went from critiquing movies to mocking B-town celebrities. His habit has gotten him into a lot of trouble with celebrities. Nonetheless, he never misses an opportunity to bash the industry’s participants.

Now, KRK is making headlines again, this time for a new provocative statement he made. This time, the self-proclaimed critic took aim at the whole Bollywood industry, comparing it to Allu Arjun’s south Indian smash Pushpa: The Rise. “Slap on the face of Bollywood celebs,” KRK wrote in a recent tweet. “Film #Pushpa has done approx. 100Cr business in Hindi circuit,” he posted on Twitter. Congratulations to @alluarjun on such a fantastic accomplishment! It’s a slap in the face to Bollywood celebrities.”

” He continued, “Even the best Bollywood stars struggle to get Rs 25 crore out of their film, but a Telugu dub movie succeeded to generate Rs 100 crores in the Hindi cinema.” The reason for this, he claims, is that people have begun to “hate the Bollywood industry.”

When it comes to Pushpa: The Rise, the plot revolves around a sandalwood smuggler named Pushpa. Allu Arjun, Fahadh Faasil, and Rashmika Mandanna play the key roles in the film. In contrast, support characters Jagadeesh Prathap Bandari, Sunil, Rao Ramesh, Dhananjaya, Anasuya Bharadwaj, Ajay, and Ajay Ghosh has appeared. Sukumar directed the film, which was released on December 17th, 2021.