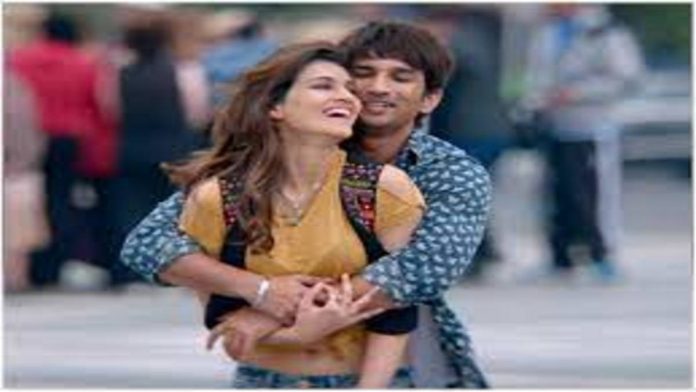 Actress Kriti Sanon has penned down her heartfelt note for late Sushant Singh Rajput on his first death anniversary. She had co-starred with him in Raabta. Sharing a collage of her photoshoot with him she said they were meant to cross each other’s paths.

In the photo collage there are 20 photos of the duo getting clicks for the test look for Raabta. She expressed that she still feels like it ‘hasn’t happened for real’ and doesn’t ‘ think it’ll EVER sink in’ too.

“The first time i ever shot with you.. Our look test.. 2 complete strangers, meant to cross each other’s path, For a film that spoke of inexplainable connection, Based in two worlds… Today, it feels so painfully weird to know That You and I are not in the same world anymore.. Still feels like it hasn’t happened for real. Like maybe you are still around and I’ll bump into you somewhere.. I don’t think it’ll EVER sink in.. But i pray that you are happy and at peace in whichever world you are in..  #sush Thanks @anaitashroffadajania for sharing this collage.. brought back a lot of memories,” Kriti captioned her post.

Revealing out why she remained tight lipped at the time of the actor’s death she said that she remained silent in the aftermath of Sushant’s death because ‘there was too much negativity around’. “At one point, there was so much noise around that I didn’t want to be a part of it. It reached a point where people stopped being sensitive, and there was too much negativity around. I didn’t want to be a part of that negativity. I knew what I felt about the situation and I wanted to keep that to myself. I didn’t feel the need to talk to anyone about anything that I was feeling. Also, what you want to say, you can always say it on social media. You can write and express yourself instead of talking out loud,” she told Etimes.