KKR Reaches Final In Big Turnaround From Start Of Season 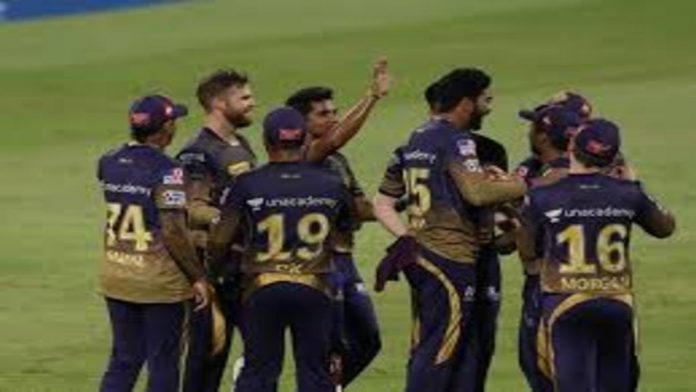 According to head coach Brendon McCullum, the Kolkata Knight Riders were paralyzed by dread at the outset of the IPL 2021 season. Under World Cup-winning captain Eoin Morgan, the two-time champions had a disastrous start to the season, winning only two of their first seven games.

Before the start of the UAE leg of the IPL 2021, McCullum noted, “There were times throughout the season when I just felt we were being paralyzed a little bit by fear.” It was sad to watch KKR fail to play a style of cricket that reflected their head coach’s philosophy.

There were flashes of brilliance, as Andre Russell, Dinesh Karthik, Varun Chakravarthy, and Pat Cummins all performed admirably for KKR in India. KKR, on the other hand, appeared to have failed to put up a concerted effort when their captain failed to get going with the bat.

KKR had began IPL 2021 with a convincing win over Sunrisers Hyderabad, but the team’s campaign was derailed by a run of four straight losses. They got back on track with a win against Punjab Kings, but it was quickly followed by a 7-wicket loss to Delhi Capitals.

The stunning turnaround of KKR in the UAE
Kolkata Knight Riders are in the final of the IPL 2021 in four months. They’ll meet Chennai Super Kings in Dubai on October 15, with the chance to tie CSK for the second-most IPL titles won.

Fearlessness has characterised KKR in the UAE, in contrast to the first half of the season. There was no shortage of talent in the KKR camp, but it appeared as if McCullum and the rest of the support staff had cracked the code to unlocking their players’ minds.

They returned with a bang, declaring their ambitions as early as the opening match of their UAE campaign. After bowling out the opponents for 92 runs, they smashed Virat Kohli’s RCB by 9 wickets.

In the past, KKR had paid the price for overcomplicating things. However, it was a pleasant surprise to see Morgan and McCullum get the majority of their facts correct. Their starting XI appeared to have distinct roles defined, with little in the way of chopping and altering.

After that, KKR thrashed Mumbai Indians by 7 wickets, scoring 156 runs in 15.1 overs. Once again, Iyer batted with a lot of freedom. Rahul Tripathi, who went on to be one of the faces of their UAE campaigns, felt the same way.

In a close loss to Chennai Super Kings in the UAE, KKR paid the price for some tactical decisions. When they fell to Punjab Kings in their fourth and final encounter of the season, questions were raised about their team selection. KKR, on the other hand, demonstrated a willingness to learn from their mistakes and clean up their act.

After reaching the final of the IPL 2021, KKR has found elite company
After a two-year absence, KKR qualified for the play-offs with three victories in their last three league games. They only placed fourth, so they had to take the longer way to the final, which they achieved emphatically in Sharjah, suffocating opponents with spin.

After playing the Eliminator, KKR became only the third team, after Chennai Super Kings and Sunrisers Hyderabad, to reach the final. In Qualifier 2, they thrashed RCB and kept their nerves to survive a major scare against Delhi Capitals.

Senior pros and new heroes raise their hands
KKR discovered a possible future superstar in Venkatesh Iyer. At the top, Iyer followed McCullum’s lead. On his debut against RCB, he smashed a 27-ball 41 and formed a solid opening partnership with Shubman Gill. KKR did not blow and puff past the 92-point mark. They made quick work of the target and put down a strong marker early on.

While Chakravarthy (18) has been the show-stealer with the ball, Sunil Narine, one of KKR’s most prolific match-winners, has shown glimpses of resuming his best form in the UAE.

One of Narine’s best periods in the IPL is his 4/21 against RCB the Eliminator. Shivam Mavi, a young Indian pacer, and Lockie Ferguson, an experienced New Zealand pacer, have worked successfully together. On a sluggish Sharjah pitch, they worked together to deliver the knockout blow to Delhi in Qualifier 2.

In the Dubai final, does KKR have an advantage?
KKR have won five games in a row, but the final will be a tough challenge. Fine margins can be critical in a match between two World Cup winners, and having faced difficult situations in the past, KKR would fancy their chances of getting through the finish line in Dubai.

Kolkata can reclaim their golden days if they can play the same type of cricket that has enabled them make such an amazing comeback on Friday. Remember, KKR has never lost in an IPL final.