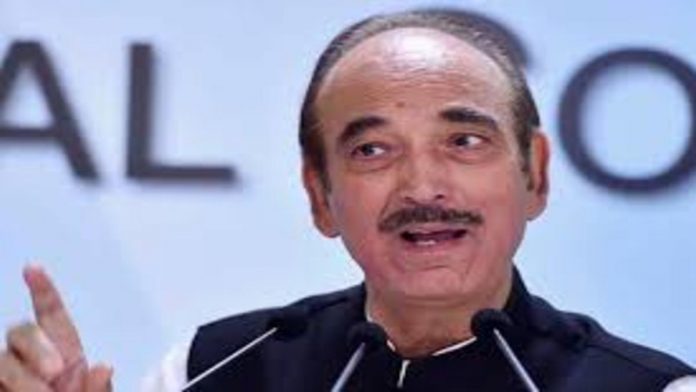 Ghulam Nabi Azad, the former leader of the Opposition in the Rajya Sabha and a Congress leader, today lashed out at the Centre, stating that the nation is now a loser as a result of the Modi government’s policies. He said that when the Union Territory was governed by different chief ministers, it was in a far better position.

“We were assured that if Article 370 is repealed, the situation in Jammu and Kashmir will change. Growth, hospitals, and unemployment will all be addressed. That, however, has not occurred. In reality, we were lot better when the country was ruled by numerous chief ministers….. As a result, we are a huge loser. After the state has been divided into two, we are a huge loss. Since the Assembly was dissolved, we have been a huge loser “Ghulam Nabi Azad stated.

Azad believes that the UT should be granted statehood first, followed by the delimitation procedure, and that if this does not occur, it will be a mistake.

“When the prime minister called political figures from Kashmir to his home, I demanded that we get statehood first, then elections. Other political parties demanded the same thing. The home minister informed us that statehood would be granted, and that the delimitation commission’s report would be released as well… I had written to both the prime minister and the home minister, thanking them for granting statehood, and requesting that the state not be partitioned into two UTs. However, now that you’ve been separated, you’ve decided to grant statehood, but don’t make the error of delimiting first and then granting statehood “Azad stated.

Azad, who is currently in Delhi, made the comments during Home Minister Amit Shah’s visit to the valley. The second day of his stay had arrived.