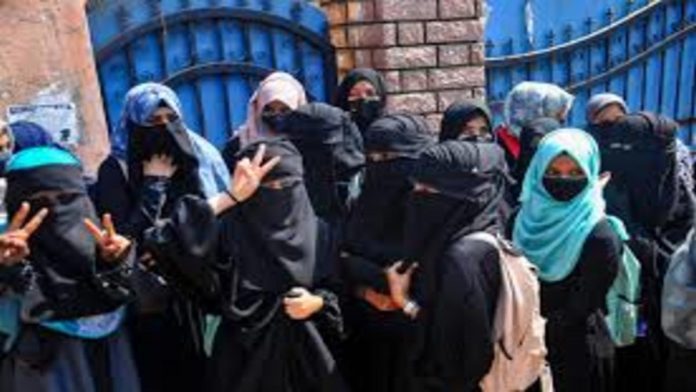 The Karnataka High Court on Thursday requested that the attorneys in the Hijab case finish their arguments by Friday, indicating that the order would be issued soon.

The arguments should be completed by Friday, according to Chief Justice of the High Court Ritu Raj Awasthi, who is part of the three-judge bench. He also requested written submissions from the parties within two to three days.

Six female students from a college in Udupi attended a news conference organised by the CFI in the coastal town on January 1 to protest the college’s refusal to allow them into courses while wearing hijab.

This was four days after they asked permission from the administration to wear hijab in class, which was denied. According to college principal Rudre Gowda, pupils used to wear the headscarf on campus but removed it before entering the classroom.

“Since no one had worn a hijab to class in the previous 35 years, the institution had no regulation against it. Outside forces backed the students who arrived with their demand “Gowda has stated previously.

The Campus Front of India (CFI) was a radical organisation leading the Karnataka hijab row, according to the Karnataka government, which submitted data of the CFI in the Karnataka High Court on Monday.

Senior advocate SS Naganand, counsel for PU College, stated that the college made the uniform mandatory in 2004 and that there had been no problems until the CFI met some students who wanted to wear hijab to class.

The state government informed the high court on Thursday that members of the CFI had reportedly threatened some teachers at the Government Pre-University Girls College in Udupi district, and that a first information report had been filed against them.

State Advocate General Prabhuling Navadgi informed the whole bench of the High Court that a FIR had been filed as soon as the proceedings commenced. He also stated that he had given the bench information about the CFI in a sealed envelope.

The court had requested information from the state government on the role of the Campus Front of India on Wednesday (CFI).