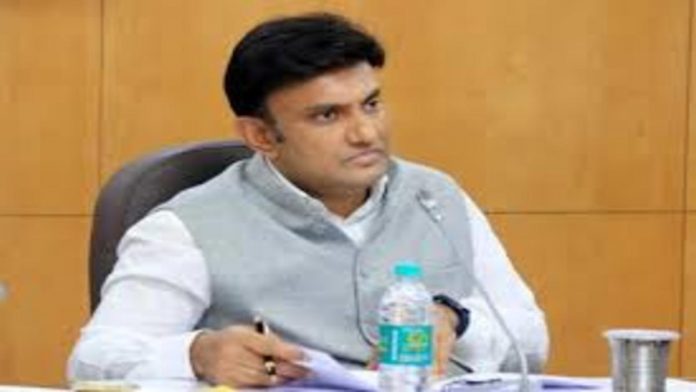 K Sudhakar, the Karnataka Health Minister, got into controversy on Sunday, alleging that Indian women prefer to remain single and that “even after marriage, they do not want to give birth to children, and are opting for surrogacy,” which he described as “not a positive development.”

He said, “I am sorry to say this, lots of modern women in India want to stay single. Even if they get married, they don’t want to give birth. They want surrogacy. So there is a paradigm shift in our thinking, which is not good.”

He went on to say that we are headed in the direction of westernization. “We’re taking the western route because we don’t want our parents to live with us.”

Women’s organizations, on the other hand, were outraged by Sudhakar’s words, which opposed the generalized statement and emphasized that women are free to choose whether or not to have children.

He also noted in his speech at the National Institute of Mental Health and Neurological Sciences (NIMHANS) on World Mental Health Day: “I’m sorry to say this, but there is a negative paradigm shift in our thinking. It’s an art to get out of everyday stress. The solutions are yoga and meditation. People, on the other hand, are influenced by western culture. This tension load must be relieved, and a half-hour walk in the park would much assist in this endeavor.”

“Unfortunately, we do not want our parents to be present, and we overlook the importance of grandparents. Every sixth Indian suffers from a minor, moderate, or severe mental illness “he stated

He noted that many people suffered from mental illness during Covid, saying: “We are providing Covid patients with counseling. About 24 lakh Covid patients are counselled. They suffered immense mental anguish as a result of not being able to touch the bodies of loved ones. We only have 0.3 percent of psychologists on staff, which needs to be raised. We shall make an effort to increase their number.”

In response to his remarks regarding women, Vice President of the All India Democratic Women’s Association Vimala K.S. said that one minister from the ruling BJP believes women should not go out while another recommends walks.

Some want to pass laws to limit population, while others claim that women do not want children, she said, adding that they talk in various dialects.

“It is a woman’s choice whether or not to have a child. He must have forgotten that in this country, a big number of women do not have control over their bodies “she stated

“Issuing a broad remark as a minister is not desirable… and it is not acceptable as a Health Minister. Allow minister Sudhakar to back up his claim. What percentage of women have these options? Many males, like women, do not want to start a family. Why is it that no one speaks to them? “Vimala continued.

Sudhakar’s statement is “sexist, patriarchal, and unbecoming of a minister,” according to equal rights activist Brinda Adige.

“He’s talking about a very small group of people, and his claim isn’t founded on any research. He’s making comments about women’s choices, which we don’t want. Take a look at our legislation. The government provides very little assistance to moms. How many government officers provide creche services… how much support do large corporations provide? “she enquired.

It entails not just giving birth but also caring for the children. Adige said that if the government wants to make a message, it should have stated how it can assist mothers.