Kareena And Aamir Back On Sets Of Laal Singh Chaddha 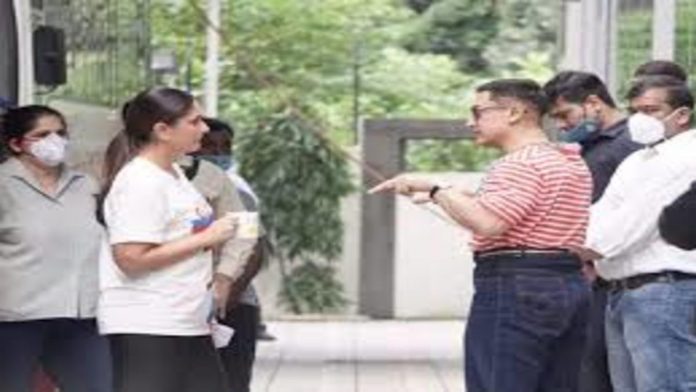 The duo was seen shooting off at Andheri Link Road. Kareena Kapoor was seen on sets for the first time after birth of her second alm Jehangir in February. However, this time the shoot was full view of paparazzi and the work appeared as a patchwork shoot.

It has been two years in the making if film and in August last year the actress had announced a halt for her part in the film due to her pregnancy. She was five months pregnant when she shot for last time in New Delhi. Saying her son Jehangir to be a part of the movie Kareena said, “My son is practically in Laal Singh Chaddha. He is in the romantic song with Aamir and me.”

Meanwhile, Khan shot a few parts of film in Wakha village of Ladakh and a few in different locations in Srinagar. Later on, he moved to Amalapuram and Kakinada in the east Godavari district of Andhra Pradesh for the shoot of Advait Chandan’s directorial project, which will be released on Christmas this year.