Kangana Ranaut Tells Why South Indian Actors Are Such A Rage 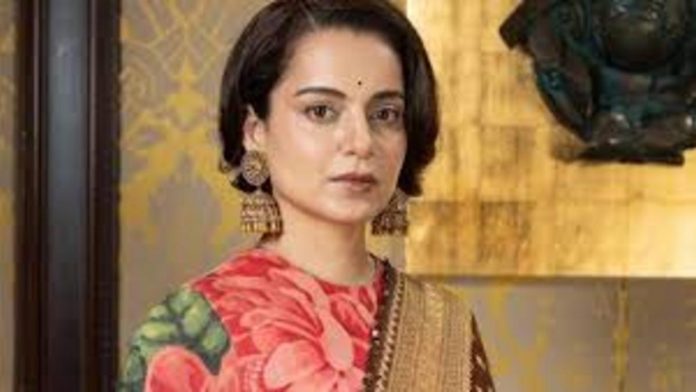 Kangana Ranaut, an actress, gave a number of reasons on Sunday as to why the South film industry’s material and superstars ‘are such a rage.’ Kangana also provided some advice on Instagram Stories.

While making her point, Kangana posted a news story on Instagram, along with Samantha Ruth Prabhu’s song Oo Antava from the film Pushpa: The Rise. The sequels, KGF: Chapter 2 and Pushpa: The Rule, were discussed in the article.

According to the actor, “The following are some of the reasons why South material and celebs are so popular…

1) They are strongly anchored in Indian culture, 2) They adore their families and maintain traditional rather than westernised relationships, and 3) their skill and devotion are unrivalled.” “They should not allow Bollywood to corrupt them,” she stressed.
Pushpa: The Rise, which was released last month, grossed a total of Rs 173 crore in just three days. Allu Arjun, Fahadh Faasil, Rashmika Mandanna, and Sunil star in the film, which is set against the backdrop of red sandalwood smuggling. Pushpa was shot in Telugu and dubbed and released in Hindi, Malayalam, Kannada, and Tamil afterwards.

According to the Hindustan Times’ assessment of the film, “Thalaivii is a classic Indian biographical drama with song-and-dance sequences and a lot of ‘dialogebaazi.’ It is particularly focused on nailing the characters’ looks and accents, as well as transporting you to the era in which the film is set. The first half of the film is set in the mid-1960s, when Jaya (Kangana Ranaut) was driven into acting to support her family, effectively burying her ambitions to become a lawyer.

Kangana will next be seen in Tejas, her forthcoming film. Dhaakad, Manikarnika Returns: The Legend Of Didda, Emergency, and The Incarnation: Sita are among her other films. Manikarnika Films, her production firm, is also producing Tiku Weds Sheru.