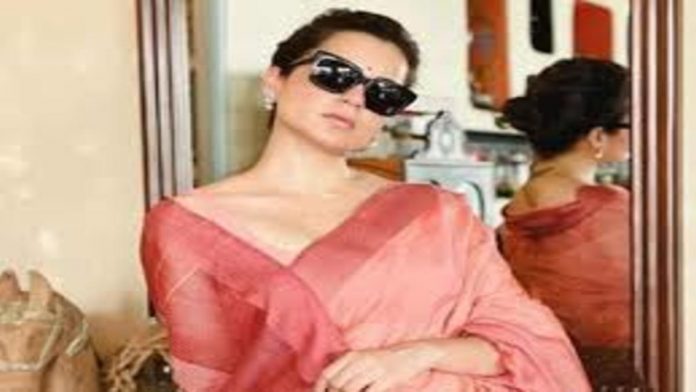 Kangana Ranaut has recently made waves for her outspoken remarks over the Aryan Khan case. The actress recently made a veiled dig at Shah Rukh Khan by posting a trivia question regarding Jackie Chan apologizing after his son’s incarceration.

Kangana published a collage of Jackie Chan and his son on her Instagram account, as well as a photo of his son being apprehended by cops. “Jackie Chan officially apologized when his kid was arrested in a narcotics case in 2014!” the message stated. “I’m embarrassed of my son’s act, this is my failing, and I will not intercede to shield him,” he added, and his son was sentenced to six months in prison and apologized.” “#justsaying,” the star captioned the photo.

Earlier, the actress published a lengthy statement on the current drug issue, following Hrithik Roshan’s Instagram post expressing his support for Aryan Khan. ‘Now all Mafia Pappu come to Aaryan Khan’s defense…’ the actress had written. We all make errors, but we should not exalt them… I’m hoping that this would help him gain perspective and see the consequences of his behavior… Hopefully, it will help him evolve and become bigger and better. It’s important not to gossip about someone who is vulnerable, but it’s also illegal to make them believe they have done nothing wrong.”

Aryan Khan is currently being held in judicial custody for 14 days. He was previously apprehended by NCB following a cruise drug raid.