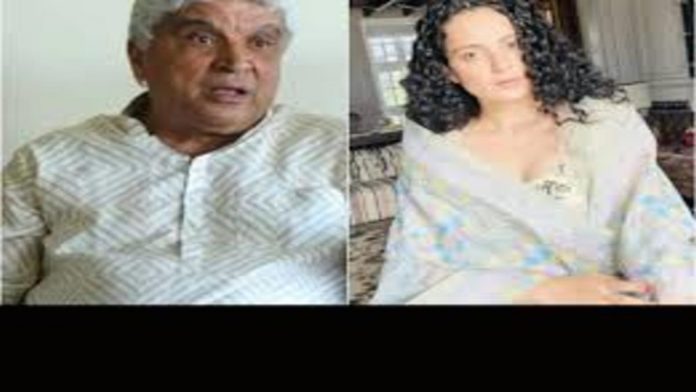 A metropolitan magistrate’s court on Tuesday said that if actor Kangana Ranaut does not appear in the defamation case brought by poet-lyricist Javed Akhtar, it will issue an arrest warrant against her if she does not appear at the next hearing.

Rizwan Siddiqui, Ranaut’s lawyer, told the court that the actor was suffering from ‘Covid-like symptoms’ and had been ill. He submitted a medical certificate from a doctor. “She has been travelling a lot to promote her film and has been meeting a lot of people. So she has probably contracted Covid due to that. She has to undergo a test. I am seeking a short date,” Siddiqui told the court.

The lawyer for Akhtar, Jay Bhanushali, who was in court with his wife Shabana Azmi, objected to Ranaut’s request, claiming that she was delaying the case. While Akhtar had ‘diligently’ attended practically all hearings, Bhanushali claimed that Ranaut had missed eight hearings since the court issued process against her in February.

Ranaut had not been granted any relief from appearance by higher courts, according to Bhanushali.

Siddiqui said that the court had not functioned for three-quarters of those hearings and that it was a ‘real’ case in which she was unable to present on Tuesday due to her health. Siddiqui informed the court he wanted a quick date and that Ranaut will be present at the next hearing unless her Covid-19 test result was positive. In such case, he said, he will notify the court and enter a new plea. The next hearing has been set on September 20.

The court said it will keep Bhanushali’s application for a warrant against Ranaut pending. “If she fails to appear, I will issue an arrest warrant,” the court said.

Last year, Akhtar filed a lawsuit alleging that Ranaut made defamatory statements on national and international television in “what appears to be a clear campaign to malign and tarnish (Akhtar) in the eyes of the general public,” according to the complaint.