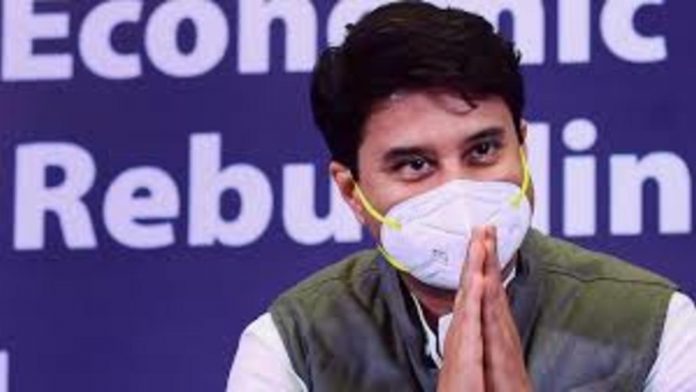 Jyotiraditya Scindia, the Union Minister for Civil Aviation, said on Friday that he is optimistic that the Tata Group will take Air India to new heights and that the airline will thrive under its new owners.

Air India will once again conquer the upper skies, he asserted, thanks to Tata’s infusion of challenges and resources.

“Not only I, but the civil aviation community and the people of India at large all stand to win from the culmination of the very very long process that has been in the process for years,” Scindia added, exuding confidence in Tata Group’s achievement.

“I wish them the best of luck; they have all of the necessary talent and strategy to make this a success…

May they soar to new heights “congratulated Tata Group on its official acquisition of Air India, said the civil aviation minister.

Scindia also praised the government of Prime Minister Narendra Modi for its “initiative and determination.” He praised PM Modi’s tenacity, saying that the disinvestment of Air India “has now seen the light of day” as a result of his efforts.

“It’s a monument to Prime Minister Narendra Modi’s government and initiative that the government’s role is not to be in business, but to create an atmosphere in which business can thrive,” Scindia added.

On Thursday, January 27, the government officially handed over management control of the airlines to Talace Private Limited, a subsidiary of the Tata Group’s holding firm, completing the process of disinvestment.

“We are extremely happy to have Air India back in the Tata group and are committed to making this a world-class carrier,” said Tata Sons Chairman N Chandrasekaran, who met Prime Minister Narendra Modi earlier in the day after taking over the airlines.

Air India Express and a 50% share in the ground handling arm Air India SATS were also turned over to the Tata company as part of the arrangement.

Tatas had outbid a consortium led by SpiceJet promoter Ajay Singh for Rs 15,100 crore and the government’s reserve price of Rs 12,906 crore for the sale of its whole share in the loss-making airline.

While this is the first privatisation since 2003-04, Air India is the Tata Group’s third airline brand; it owns a majority stake in AirAsia India and a joint venture with Singapore Airlines Ltd called Vistara.

Air India currently operates 4,400 domestic and 1,800 international landing and parking slots at domestic airports, as well as 900 slots internationally. 42 of Air India’s 141 aircraft would be leased, while the remaining 99 will be owned by Tatas.

JRD Tata founded Air India in 1932 as part of the Tata Group. However, after the country’s independence, Prime Minister Jawaharlal Nehru’s administration nationalised the airline in 1953.