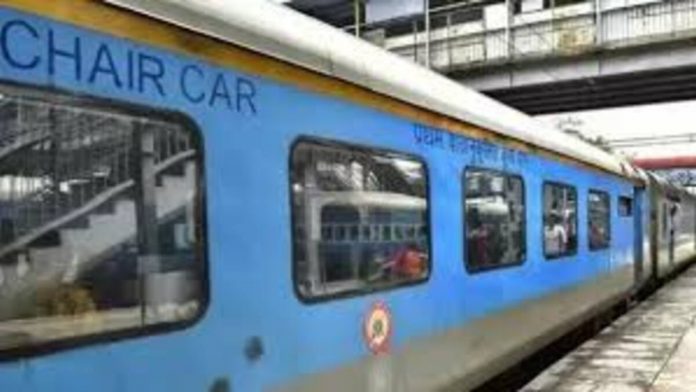 The Indian Railway Catering and Tourism Corporation (IRCTC) has launched an investigation into a booklet containing right-wing propaganda that was handed to passengers on board the Bengaluru-Chennai Shatabdi Express.

On Friday, passengers on the Shatabdi Express from Bengaluru discovered copies of an unlicensed book being distributed.

Aryavarth Express, a Bengaluru-based daily, published articles such as “Genocide of Hindus, Sikhs, Buddhists, and others under Islamic control must be recognised” and “UN should designate Aurangzeb as a holocaust perpetrator like Hitler,” among others.

The Indian Railway Catering and Tourism Corporation (IRCTC) has issued a warning to the company that provides onboard services.

Gopika Bakshi, a passenger, reported the issue on Twitter.

According to reports, the IRCTC has permitted only the Deccan Herald and a local daily to be distributed on board trains in the region.

“We’ve launched an investigation into this, and those found to be culpable will face consequences.” IRCTC spokeswoman Anand Jha said, “This article is not among the IRCTC-approved publications.”

The IRCTC then clarified on Twitter that The Aryavarth Express was given by sellers as inserts inside’regular authorised newspaper.’

The seller “has been sternly admonished to avoid any similar insertion in the future,” according to the business. “Onboard monitoring crew would keep a careful surveillance on the same,” it continued. The train’s licensee has also been counselled.”

The tweets were quickly deleted after that.

“Thank you for the response, but that was definitely not an insert,” the passenger added. When I came, it was on my seat and many others.”

DRM Chennai further stated that “immediate action on this” has been sought.

The post sparked a backlash from politicians and the general population.

Karti P Chidambaram, a member of Parliament, questioned the Railway Ministry, asking, “How does this paper get on the list of subscribed publications?”

B Manickam Tagore, a Congress MP, also inquired if the Railway Minister would order an investigation into the matter.