Indigenous Space Industry To Be Inaugurated By PM Modi 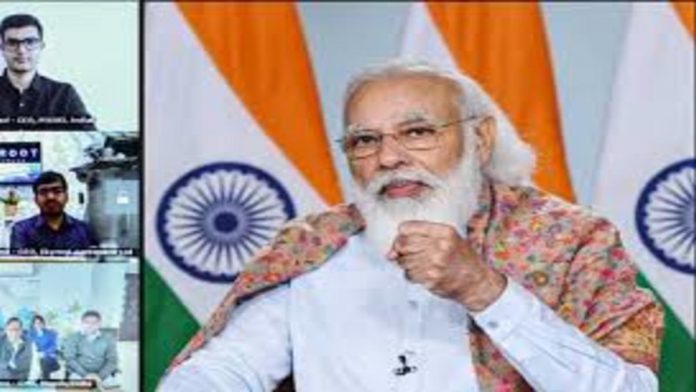 Prime Minister Narendra Modi will inaugurate the Indian Space Association (ISpA) at 11 a.m. on Monday in order to stimulate the indigenous space industry. During the launch program, he will also connect with industry players.

“Echoing the prime minister’s vision of ‘Aatmanirbhar Bharat,’ the ISpA would help in making India self-reliant, technologically proficient, and a leading player in the space arena,” the Prime Minister’s Office (PMO) stated in an official statement.

Prime Minister Narendra Modi said on Twitter that he will attend the ISpA’s debut on Monday. He penned, “Tomorrow, October 11, at 11 a.m., I shall participate in the launch of the Indian Space Association. I’m excited to get the chance to speak with some of the industry’s most influential players. Those interested in space and innovation should tune in to tomorrow’s show.”

WHAT EXACTLY IS ISPA?
“ISpA is the primary industry organization of space and satellite businesses, which seeks to represent the collective voice of the Indian space industry,” according to a statement from the PMO.

The organisation intends to interact with all players in the Indian space sector, including the government and its agencies, in policy advocacy.

The ISpA is made up of domestic and international companies with expertise in space and satellite technologies. Larson & Toubro, Nelco (Tata Group), OneWeb, Bharti Airtel, Mapmyindia, Walchandnagar Industries, and Ananth Technology Limited are among its founding members. Godrej, Hughes India, Azista-BST Aerospace Private Limited, BEL, Centum Electronics, and Maxar India are among the other founding members.