‘India’s Covid Management An Example To The World,’ Says PM Modi In Speech In Lok Sabha 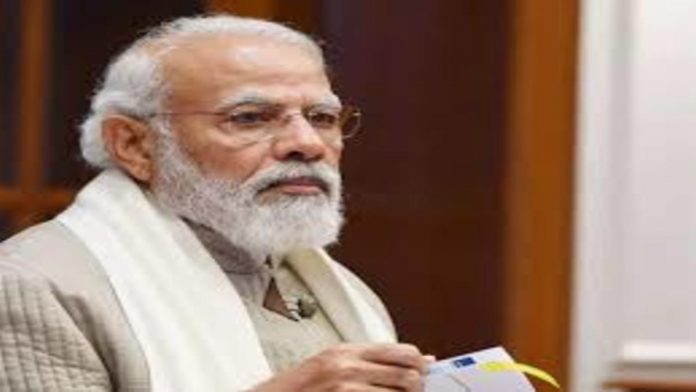 Prime Minister Narendra Modi had spoken to the Lok Sabha on Monday at the conclusion of a debate on the President’s Motion of Thanks.

PM Modi discussed a variety of topics throughout his speech, including governmental programs, inflation, and the opposition’s criticism of the BJP.

The Prime Minister opened his statement by paying tribute to Lata Mangeshkar, who died on Sunday in a Mumbai hospital.

PM Modi stated that as we commemorate 75 years of independence, we are rapidly moving towards a “new international order,” and that India must take advantage of this opportunity.

“The Azadi Ka Amrit Mahotsav is an ideal occasion to consider how India might play a global leadership role in the years ahead,” he remarked.

The Prime Minister further stated that his government’s response to the Covid-19 outbreak is a “example for the rest of the globe.”

“India’s economy was the fastest expanding in the world during the Covid period, and farmers produced record amounts of food grains,” Prime Minister Modi stated.

He continued, “Despite Covid, we managed to keep inflation under control, with food inflation remaining below 5%. If Congress were still in control today, it would blame Covid for growing inflation and move on.”

A scathing critique of Congress
Prime Minister Narendra Modi referred to the Congress party as the “chief of the Tukde Tukde gang,” saying the party has yet to overcome its “arrogance” despite electoral losses in various states over several decades.

Prime Minister Modi stated, “Congress’ policy has been to divide and rule, which is why it has become the leader of the ‘tukde, tukde gang.’ Congress has lost its thirst for power, but it continues to support a policy of sowing seeds to empower separatist forces.

“The opposition can’t go a day without saying ‘Modi,’ and some of them start their days by attacking Modi,” he added, adding, “Those who ran the country for so long and lived in luxurious palaces have forgotten to advocate for the small farmer.”

PM Modi further claimed that during the initial wave of the Covid-19 outbreak, Congress officials “provided free tickets” to migrant workers in Mumbai, causing the disease to spread.

The Prime Minister also chastised the Aam Aadmi Party in the same context. “, he explained “The Delhi government utilised microphones and went door to door in residential areas, urging residents to leave. The NCT administration in Delhi aided refugees fleeing the capital by providing transportation that left them stranded.”

“The way you raise concerns, you look to have resolved not to come to power for 100 years,” PM Modi continued his attack on the Congress party.

The Prime Minister went on to remark that the opposition should not criticise government initiatives like “voice for local,” “Make in India,” and “Fit India.”

Prime Minister Modi stated, “I disagree with the strategy of intimidating young people and wealth producers. Make proposals for ‘Make in India,’ but who can say it won’t fail?

“These people [Congress leaders] have been cut off from the people, and they’ve become lost in the files. We’re aiming to improve the lives of India’s 130 million people “Prime Minister Modi stated.

He also claimed that the Congress party’s move to label two of the country’s most powerful industrialists as “Covid versions” would be detrimental to the party’s interests. The reference refers to a speech given by Congress leader Rahul Gandhi earlier in the budget session in the Lok Sabha.

During the UPA’s tenure, India had to deal with “double-digit” inflation, according to the Prime Minister. PM Modi stated that it is not in the government’s hands, quoting then-Finance Minister P Chidambaram.

“It’s not about winning or losing elections; it’s about people’s intentions,” he said, adding that “critical thinking is an ornament of a vibrant democracy, but blind resistance is disrespectful to democracy.”