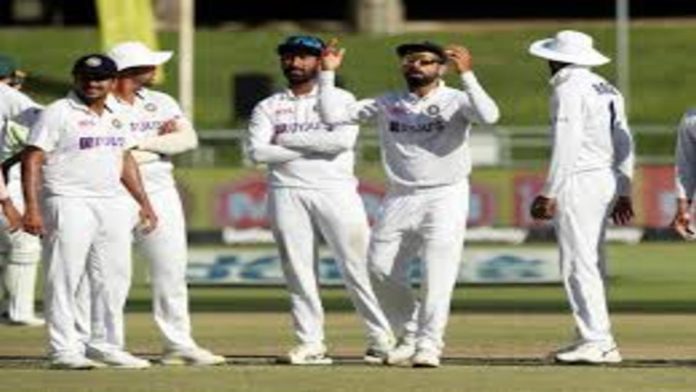 Members of the Indian squad released their rage on the pitch after South African skipper Dean Elgar survived an LBW verdict on Day 3 of the third Test in Cape Town. At Supersport Park, Ashwin took aim at the announcers, while Kohli unleashed verbal volleys from the stump mic.

It all started when Ashwin trapped Elgar with a straight ball on the fourth delivery of the 21st over of South Africa’s innings. Elgar requested a DRS review after umpire Marais Erasmus raised his finger. The ball was pitched in line and hit Elgar in the centre, according to replays. The ball’s trajectory, however, oddly revealed that it was going over the leg-stump. Even the umpire was taken aback and was overheard on the stump mic exclaiming, “That is inconceivable.”

“Focus on your team as well when they shine the ball, eh!” screamed an enraged Kohli, as he stomped the ground in frustration. It’s not only the opponents. “I’m always trying to catch folks.”

“The whole country is playing against XI men,” KL Rahul was overheard saying.

“Broadcasters are here to make money boys,” someone else added.

The bowlers lost focus for a while before finally catching Elgar towards the close of the day.

“India was desperate to get the wicket and the emotion overflowed after that. The ball pitched in line and bounced and Elgar got a good stride forward. With that stride, it was going to be close,” said Pollock.

“Indians went over the top. Hawk-eye is something you rely on for decision making. It’s an independent body. They do their level best with everything they have got. They have got their own cameras. I can understand the disappointment because they wanted the wicket but I think they went over the top a little bit,” he added.

“Hawk eye, it’s scientific. They got each little point that they plot. And that’s how they work out where it goes. That’s a lot more scientific than any of us. We rely on them to make the decision and that’s what they have done,” he added further.

“Because it hit Elgar on the knee roll, I thought at best it would if it was not hitting the top of middle stump then it would clip the top and that would mean umpires call and that was out,” said Gavaskar.

“Yes he was forward but it hit him on the knee roll. On the knee roll, for someone who is not that tall, 9 times out of 10, even on South African pitches, the ball would hit the stumps,” observed Gavaskar.

Throughout the series, the action has been tight and low-scoring. In this test, top-ranked India batted first and scored 223, South Africa responded with 210, and India scored 198 in its second innings to set a goal of 212 for the home team to win the series.