Indian Railways Tests ‘Kavach’ By Two Trains Hurtling Towards Each Other 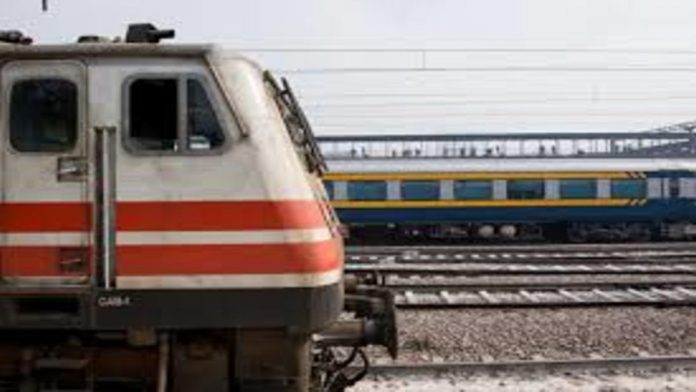 Two trains slammed into each other at full speed in Secunderabad, one carrying the railway minister and the other the Chairman of the Railway Board. However, thanks to ‘Kavach,’ the two trains will not collide. The Railways are promoting ‘Kavach,’ which literally means armour, as the world’s cheapest automatic train collision protection technology.

The Automatic Train Protection (ATP) system was created in-house to assist the railways in achieving their aim of “zero incidents.” Kavach is a system that automatically brings a train to a stop when it detects another train on the same line within a certain distance.

Senior officials claimed trains will also stop on their own if the digital system detects any manual fault, such as “jumping” the red signal or any other issue. They claim that once implemented, it will cost Rs 50 lakh per kilometre to operate, compared to around Rs 2 crore globally.

Ashwini Vaishnaw, the Railway Minister, will be in Secunderabad for a trial of the system on the Sanatnagar-Sankarpalli segment. “The railway minister and the CRB (Chairman of the Railway Board) will take part in the March 4 trial.” The technology will be demonstrated in three scenarios: head-on crashes, rear-end collisions, and signal is passed at danger (Spads),” the spokesman stated.

When a train passes a stop-signal when it is not permitted to do so, a signal is passed at danger (SPAD). In the event that the loco pilot fails to do so, ‘Kavach’ manages the train’s speed by applying brakes automatically.

“It operates on the premise of constant movement updates via high-frequency radio communication. It also meets the highest level of safety certification, SIL-4 (Safety Integrity Level – 4).

“RFID tags for track identification, train location, and train direction identification are provided on the tracks and in the station yard for each track and signal.” The?On Board Display of Signal Aspect’ (OBDSA) is designed to assist loco pilots in checking signals on board consoles even when visibility is poor, according to an official.

Additionally, once the system is engaged, all trains within a 5-kilometer radius will come to a complete stop to protect trains on adjacent tracks. According to officials, loco-pilots and assistant loco-pilots currently crane their necks out the window to look for caution signs and signals.

It also has stationary equipment that collects signalling and loco inputs and relays them to a central system for seamless contact with train crews and stations. The first field experiments on passenger trains began in February 2016, and based on the results, the Kavach’s preliminary specs were finalised in May 2017.

Following that, a third-party independent safety assessment of the system was conducted, and three firms were approved by the Railway’s RDSO (Research Design and Standards Organisation) in 2018-19 for working up to train speeds of 110 kmph based on the developmental project and the ISA safety assessment.

Following that, Kavach was certified for speeds up to 160 kmph based on additional studies. More vendors of this technology are being sought by the railways.

As part of the Atmanirbhar Bharat initiative, 2,000 km of rail network will be brought under the indigenous world-class technology?Kavach’ for safety and capacity augmentation in 2022-23, as announced in the Union Budget for 2022.

Kavach has been used on about 1098 route kilometres and 65 locomotives in ongoing South Central Railway construction. Furthermore, as part of the “Mission Raftar initiative for improving speeds to 160 kmph,” Kavach will be implemented on the Delhi-Mumbai and Delhi-Howrah sectors, with a total route kilometre of around 3000 km. Tenders are being sought for these projects, according to officials.