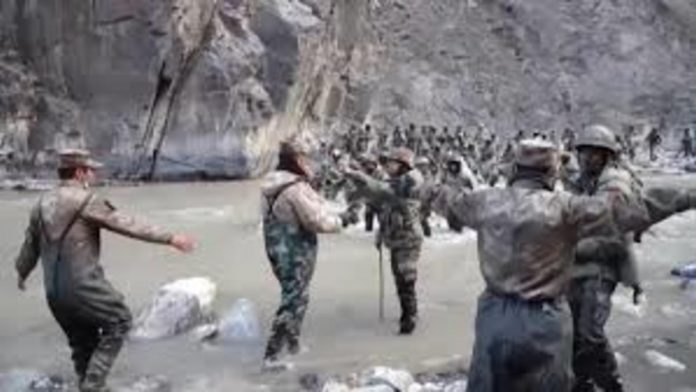 The Indian Army soldiers have went through an intense training, meditation and vigorous exercise in tough climate conditions near Line of Actual Control (LAC) in Arunachal Pradesh.

They also practiced drilling in the Tawang sector near the LAC to overcome any threat from the Chinese side.

The soldiers showed a demonstration of a battle drill to destroy enemy tanks in the Tawang sector near LAC.

The border standoff between India and China had erupted in May last year following an attack in Pangong lake areas after which both The sides had rushed to enhance their deployment of tens of thousand of troops and heavy weaponry across the location.

The tension between both the sides majorly increased following a deadly attack in Galwan Valley on June 15 last year.

However, due to continuous series of military and diplomatic talks between the two sides have finished disengagement of their troops from Gogra in August and in February from north and south banks of Pangong lake.

The last round of talk between the two sides had happened on October 10, which resulted in a deadlock after which both the sides blamed each other for the disturbance.

In a solid statement after the 13th round of talks, the Indian Army said the “constructive suggestions” made by it at the dealings were neither pleasing to the Chinese side nor could Beijing give any “forward-looking” proposals.

Currently, both the sides have their own 50,000 – 60,000 troops deployed in the sensitive areas across the Line of Actual Control (LAC).