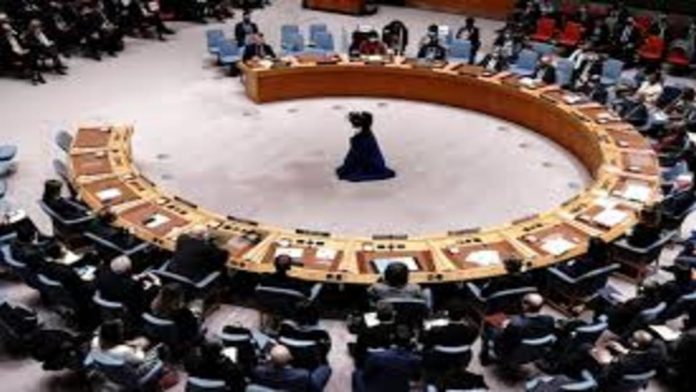 India voted no on a UN Security Council resolution presented by the United States that condemned Russia’s aggression against Ukraine in the strongest terms. New Delhi stated that conversation is the only way to resolve differences and disputes, and expressed “regret” that diplomacy was abandoned.

The resolution failed to pass when Russia, a permanent member, exercised its veto. The resolution garnered 11 votes in favour and three abstentions from the UN Security Council’s 15 members, including India, China, and the United Arab Emirates.

India delivered strong remarks against Russia’s activities but stopped short of voting against it as it strives to strike a tough diplomatic balance on the Russia-Ukraine conflict.

Prior to the vote, the US increased its pressure on India to commit to a more robust response to Russia’s invasion of Ukraine.

Speaking to Foreign Minister S Jaishankar on Thursday, US Secretary of State Anthony Blinken emphasised the significance of a “strong collective reaction” to denounce Russia’s “premeditated, unprovoked, and unjustified attack on Ukraine.”

Hours later, India maintained its position at the UN Security Council vote, issuing a harsh Explanation of Vote that advocated for a return to negotiation.

“All member states should uphold international law and the UN Charter as these provide a constructive path forward,” India said, adding that it had maintained a “consistent, firm, and balanced position.”

In a phone discussion with Russian President Vladimir Putin on Thursday, Prime Minister Narendra Modi urged for respect for states’ sovereignty and territorial integrity, as well as an immediate cease of violence and hostilities.

According to sources, India has kept the option of reaching out to relevant parties in an effort to bridge the divide and find a middle position, with the goal of fostering conversation and diplomacy, by abstaining.

An previous proposal of the resolution advocated shifting it to Chapter VII of the UN Charter, which establishes the framework for the Security Council to conduct enforcement action. According to sources, this was removed from the final version that was placed to a vote.