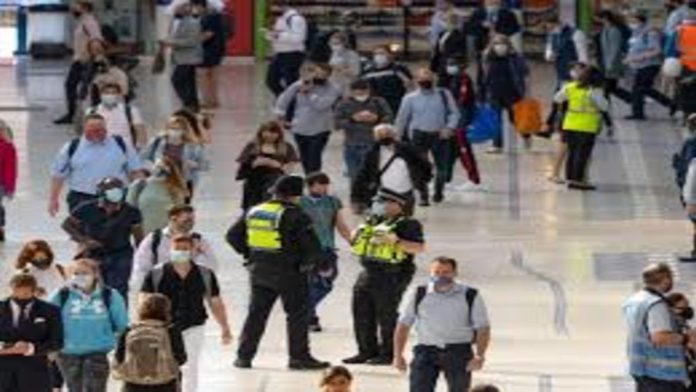 Following backlash over new restrictions that classify fully jabbed Indian travellers as “unvaccinated,” the UK announced on Monday that it was in talks with India’s government to expand its acceptance of Covid-19 vaccination certification.

“The UK is committed to opening up international travel again as soon as is practicable and this announcement is a further step to enable people to travel more freely again, in a safe and sustainable way, while protecting public health. We are engaging with the Government of India to explore how we could expand UK recognition of vaccine certification to people vaccinated by a relevant public health body in India,” a British High Commission spokesperson said.

The United Kingdom unveiled a new clearer travel system on September 17: red list and rest of world. Travelers who have been vaccinated in Africa or South America, or countries such as the UAE, India, Turkey, Jordan, Thailand, or Russia, will be considered unvaccinated and will be subjected to a 10-day quarantine under the new restrictions.

The new guidelines drew criticism because the Oxford-AstraZeneca vaccine is sold in India as Covishield. Quarantining fully vaccinated Indians was “offensive” and “discriminatory,” according to Congressman Shashi Tharoor.

“If it was any other country, they might have been a little more understanding, but Britain uses the Oxford-AstraZeneca vaccine which is itself manufactured by the Serum Institute in Pune and which is what we are taking under the name Covishield,” Shashi Tharoor said.

“If Covishield is what the British are taking under a different brand name, how on earth can you say that one set of vaccinations is accepted and another set is not and you have to quarantine. That kind of double standard is absolutely breathtaking,” he added.

According to the new requirements, everyone travelling from India must undergo a pre-departure test and a Covid 19 test on or before day 2 and on or after day 8 regardless of vaccination status. Travellers are advised to self-isolate for 10 days, but under the ‘Test to Release’ programme, they can reduce their home quarantine to roughly five days.