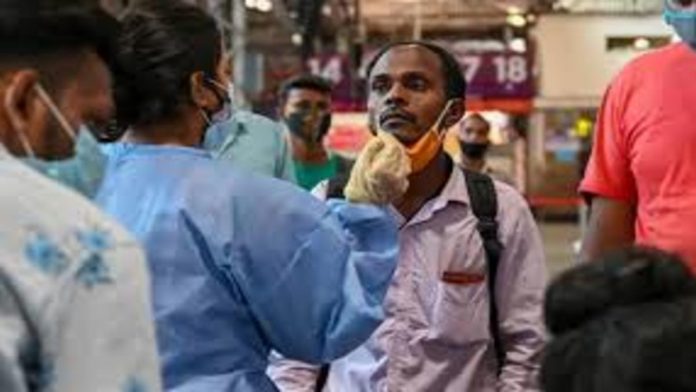 India on Saturday has reported 1,41,986 fresh Covid cases which is record up 21% from yesterday. Earlier this week the country had reported 10,000 cases which shows how fast the unprecedented Omicron virus is causing this surge.

The last time when the country reported over 1 lakh cases was on June 7. The active cases of the total cases now stands at 1.34% and the national covid recovery rate has also declined to 97.30%.
According to the health ministry, the weekly positivity rate is 5.66%, while the daily positivity rate is at 9.28%.

Omicron, which is now in 27 states in the country has now reached 3,007 mark after new 64 cases. Maharashtra and Delhi are on the top of the Omicron list standing at 876 and 513 respectively.

Maharashtra which is all time the worst hit state of Covid pandemic has reported 40,925 cases in last 24 hours, with Mumbai alone contributing 20,971 cases. State health minister Rajesh Tope has said that Chief Minister is likely to take a decision regarding imposing lockdown.

While in Delhi, total 17,335 new cases have been reported in last 24 hours with 9 fatalities. On Wednesday, the national capital had reported its highest ever single day spike of 8 months with 10,665 new cases.

Meanwhile, Indian administration has once again released fresh guidelines for those travelling from abroad including compulsory home quarantine for seven days after landing in India and a test on eighth day. The list of countries “at-risk” have also been revised, now the total countries in the list are 19.