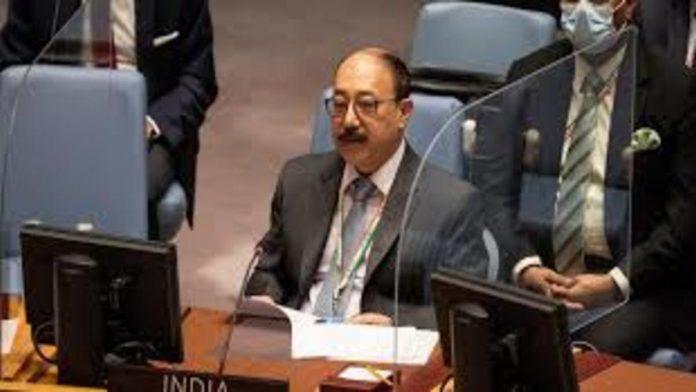 On the International Day for the Total Elimination of Nuclear Weapons, Foreign Secretary Harsh Vardhan Shringla remarked, “India is committed to the universal goal of non-discriminatory and verifiable nuclear disarmament leading to the entire elimination of nuclear weapons.”

“It provides a valuable opportunity for the international community to reaffirm its commitment to global nuclear disarmament and to enhance public awareness about the objectives of the total elimination of nuclear weapons,” he said, welcoming the high-level plenary meeting to commemorate The International Day for the Total Elimination of Nuclear Weapons.

“India believes that the goal of nuclear disarmament can be achieved through a step by step process underwritten by a universal commitment and an agreed multilateral framework, that is global and non-discriminatory,” added the Foreign Secretary.

India’s commitment to the total eradication of nuclear weapons was also reaffirmed by him. “India, as a responsible nuclear weapon State, has a nuclear doctrine outlining credible minimum deterrence with the posture of no-first-use and non-use against non-nuclear-weapon States,” he said. He also said that Prime Minister Narendra Modi has indicated India`s openness to new ideas as manifest in an ancient text Rig Veda, “which says that let noble thoughts come to us from all sites”.

“India will engage with all member states towards realising a nuclear-weapon-free world,” he added.