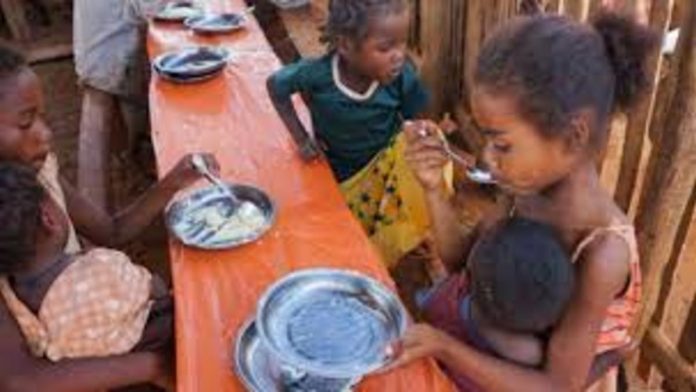 On Thursday, the website of the Global Hunger Index, which measures hunger and malnutrition, announced that eighteen countries, including China, Brazil, and Kuwait, shared the top spot with a GHI score of less than five.

The extent of hunger in India, according to the report, is “alarming.” It was written by Concern Worldwide, an Irish charity organization, and Welt Hunger Hilfe, a German organization.

“People in India, the country with the highest child wasting rate in the world,” the report added, “have been adversely impacted by COVID-19 and pandemic-related limitations.”

According to the survey, neighboring nations such as Nepal (76), Bangladesh (76), Myanmar (71) and Pakistan (92) are also in the ‘alarming’ hunger category, but have done a better job of feeding their citizens than India.

Other indicators, such as the under-5 mortality rate, the incidence of stunting among children, and the prevalence of undernourishment due to insufficient food, have improved in India, according to the report.

The campaign against hunger, according to the report, is dangerously off track. According to current GHI forecasts, by 2030, the globe as a whole – and 47 nations in particular – will have failed to attain a low level of hunger.

Food security is under threat on numerous fronts, according to the report, with growing violence, weather extremes linked to global climate change, and the economic and health problems posed by the COVID19 pandemic all contributing to hunger. “Inequality — between regions, countries, districts, and communities — is widespread and, if left unchecked, will prevent the world from meeting the Sustainable Development Goal (SDG) goal of leaving no one behind,” according to the research.

Furthermore, the report stated that being optimistic in 2021 will be tough because the forces driving hunger already outnumber good intentions and aspirational ambitions. Conflict, climate change, and COVID-19 are three of the most potent and destructive of these forces, according to the report, and they threaten to wipe out whatever progress made against hunger in recent years.