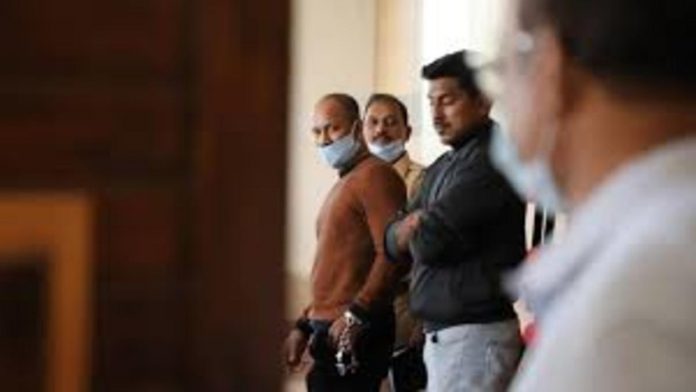 Three days after claiming to surrender at a police station in Uttar Pradesh’s capital Lucknow, a controversial “independent witness” of the narcotics agency investigating the Mumbai drugs-on-cruise case was detained in Pune.

Mr Gosavi, a private investigator, was present at the cruise ship raid earlier this month and afterwards with Aryan Khan at the Narcotics Control Bureau or NCB headquarters. At both locations, his selfies and videos with Aryan Khan proved that he had unrestricted access to Shah Rukh Khan’s son.

It sparked doubts about the anti-drugs agency’s inquiry from Maharashtra’s ruling alliance. Several senior officials questioned why a “independent witness” from the agency should be present for the raid and take photographs with the high-profile defendant.

A man claiming to be Mr Gosavi’s personal bodyguard made bribery claims against him on Sunday.

On Monday, Mr. Wankhede arrived in Delhi. He denied being called by any government agency. His travel to the capital comes amid a debate over charges of payback and a verbal spat with Maharashtra minister and Nationalist Congress Party (NCP) leader Nawab Malik.

Mr Malik has accused the BJP and NCB of “promoting terrorism” in Mumbai by alleging that the case involving the alleged discovery of drugs from the cruise ship is “false.” “The forgery began from here,” Mr Malik alleged, tweeting a snapshot of a document relating to Mr Wankhede’s birth.