In A Shocking Statement Jayantilal Gada Says Salman And Sanjay Leela Bhansali Had some Difference. 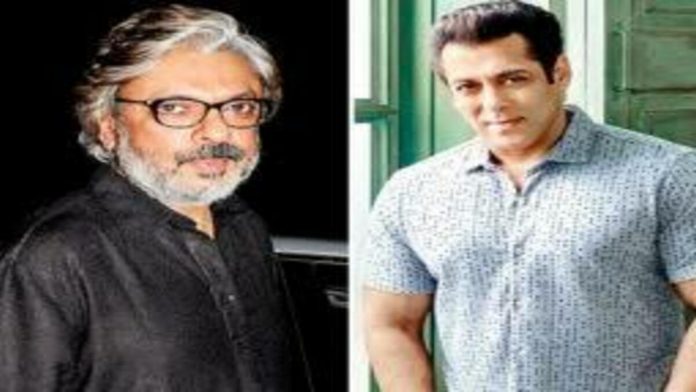 Gangubai Kathiawadi, starring Alia Bhatt, was the first major release following the third wave. The trade anticipated a strong opening for Sanjay Leela Bhansali’s picture. Nonetheless, when the picture debuted at Rs. 10.50 crore, everyone was pleasantly surprised. It performed admirably, thanks to strong public feedback, and is estimated to gross more over Rs. 130 crore during its lifetime.

PEN India Ltd’s Jayantilal Gada was one of the film’s producers. Surprisingly, he had intended to work with Sanjay Leela Bhansali on a film called Inshallah, which would star Salman Khan and Alia Bhatt. Surprisingly, the movie was apparently halted due to a feud between Salman and Sanjay Leela Bhansali. This alleged brawl occurred at YRF Studios in August 2019 while the filmmaker was shooting a mock shoot with Salman.

Sanjay Leela Bhansali has put Inshallah on hold and is now working on Gangubai Kathiawadi, according to reports. Jayantilal Gada joined the initiative as well.

There was a lot of speculation about what went wrong between the superstar and Bhansali, but neither party ever spoke about it in depth. This writer brought up the subject in a recent exclusive interview with Jayantilal Gada. “Yes, we had started production on the project,” Jayantilal replied. However, I believe there were certain creative differences between Sanjay Leela Bhansali and Salman Khan. I’m not sure because we don’t discuss such things. As a result, that was shelved, and Gangubai Kathiawadi was put on the floor.”

Is he implying that he never questioned Sanjay Leela Bhansali what went wrong with Inshallah and why it was shelved? “No, I didn’t ask, and I don’t even have the right to inquire,” Jayantilal Gada answered. These are artistic endeavours that are outside of our purview.”

Following the phenomenal success of Gangubai Kathiawadi, there are rumours that PEN India will support Sanjay Leela Bhansali’s next film. “We’ll sit down and discuss it with him,” Jayantilal Gada said. He hasn’t made up his mind yet. I am confident that when he starts thinking about his next project, PEN India would be his first pick.”