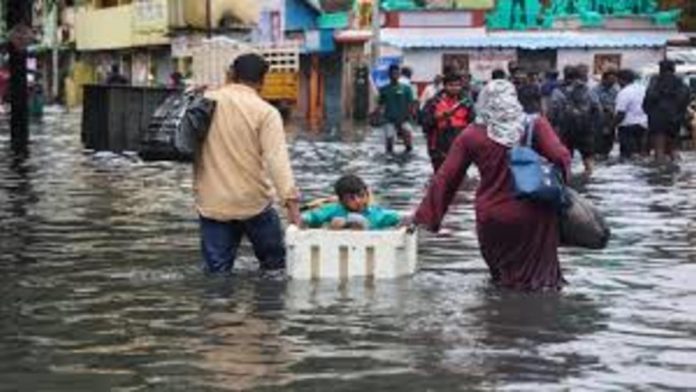 The India Meteorological Department has forecasted heavy rainfall with thunderstorm at many places in Tamil Nadu for two days more. Red alert has been also issued in many parts including Chennai and Salem.

On Wednesday too the state was pounded by heavy rains and marked low pressure area over Bay of Bengal concentrated into a depression, which may cross the coast today evening.

The current weather in Tamil Nadu may now cross North Tamil Nadu and neighbouring Andhra Pradesh coasts between Karaikal and Sriharikota, near the North of Puducherry by today evening, said a fresh update by IMD.

The light to moderate rainfall on Wednesday in the state took the pace by evening. It became almost non-stop in many northern regions of Tamil Nadu, including Chennai, Tiruvallur, Villupuram, Kacheepuram and Chengelpet.

The IMD has also forecasted rain in moderate, heavy, very heavy and extremely heavy categories for many areas and isolated parts in the state.