‘If Chinese Are There, We are There Too,’ Says Army Chief Over Changing War Character At LAC 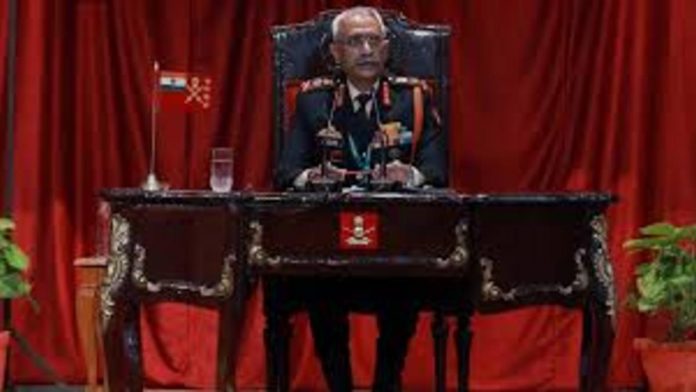 General MM Naravane, Chief of the Army Staff, said it is concerning that Chinese troops are building up facilities and personnel along the Line of Actual Control at the India Today Conclave 2021. (LAC). He said, “If the Chinese are there to stay, we are there to stay too.”

“If they continue to stay through the second winter, …we’ll have to keep a close eye on their troop build up…” said General MM Naravane.

Responding to a question about the India-China standoff along the LAC in Ladakh, General MM Naravane said that recently, “the MEA spokesperson had clearly mentioned that whatever has happened on the northern border is because of the massive build-up by the Chinese and in the non-adherence of the protocols which were laid down in the past, which was the reason for the standoff and what all happened subsequently.”

General MM Naravane also discussed how the Army is ready for the conflict. He discussed technology as well as the significance of “unsettling borders.”

“As we go ahead, technology is again going to play an important part in how we prosecute the wars of the future. But for doing that, we also have to study the wars of the past and whatever conflicts are going on,” General MM Naravane said.

“We have to figure it ourselves what will be the contours of any future conflict. That will be the bigger challenge…what the future will be like and in order to deal with them, what is the way we have to go about building our capabilities and capacities,” General MM Naravane said.

“One thing emerging clearly is that the wars of the future will be more distant, more stunned of weapons and more over the horizon strikes, rathers that physical conflicts engagement we have been used to in the past. Also I would like to re-emphasis, the unsettled borders on our west and our north. It is good to be talking about technology, but the unsettled borders makes it very necessary to also have boots on the ground,” General MM Naravane said.