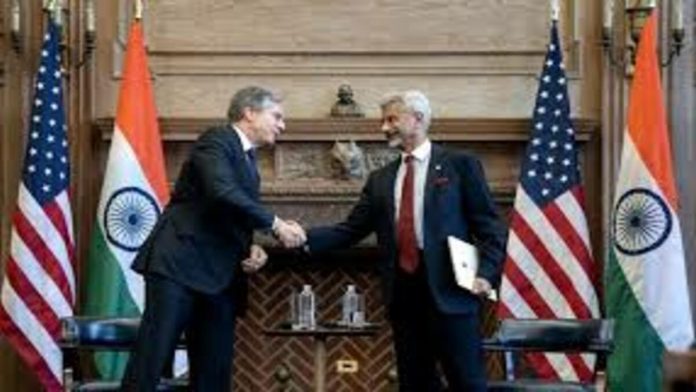 After 2+2 dialogue between the top officials of US and India on Monday at a joint news conference, US Secretary of State Antony Blinken had said the US is checking some new “concerning developments” in India, including what he called an ascent in “human rights ” by the government, prison authorities and police.

Mr Blinken was talking with Mr Jaishankar, Defense Minister Rajnath Singh and US Defense Secretary Lloyd Austin close by. Mr Jaishankar didn’t answer the comments at the meeting however did on Wednesday.

“Look, people are entitled to have views about us. But we are also equally entitled to have views about their views and about the interests, and the lobbies and the vote banks which drive that. So, whenever there is a discussion, I can tell you that we will not be reticent about speaking out,” said S Jaishankar adding that human rights issue was not the point of discussion of the 2+2 dialogue.

“I would tell you that we also take our views on other people’s human rights situation, including that of the United States. So, we take up a human rights issues when they arise in this country, especially when they pertain to our community. And in fact, we had a case yesterday…that’s really where we stand on that,” he further said.

It was an obvious reference to two Sikh men attacked on Tuesday in a supposed hate wrongdoing episode in Richmond Hills area of New York, US. The two – who were on an early morning walk – were gone after allegedly at similar place where an individual from the local area was gone after almost 10 days ago.

The US Secretary of State’s remarks on basic human rights in India were viewed as a rare direct reprimand by Washington of New Delhi in conversations over India’s stand on Russia’s Ukraine attack.

Mr Antony Blinken said, “We regularly engage with our Indian partners on these shared values (of human rights) and to that end, we are monitoring some recent concerning developments in India including a rise in human rights abuses by some government, police and prison officials”.

The US State Department, in its 2021 nation report on Human Rights Practices distributed yesterday, had expressed that there were “credible reports” of human rights issues, including “extrajudicial killings vy the government or its agents” in India.Office

Mr Jaishankar’s rebuttal has been seen in the context of incidents of hate crimes against the Indian community in the US. These incidents have increased by “200% in recent years“, according to NY State Assemblywoman Jenifer Rajkumar, the first Punjabi American ever elected to the New York State Office.