‘His Monastery Is Comparable To A Large Bungalow, ‘ Says Mayawati Slamming CM Yogi 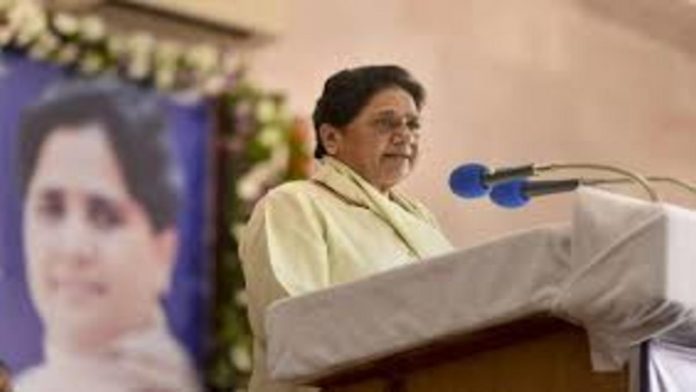 Mayawati, the leader of the Bahujan Samaj Party, has slammed Uttar Pradesh Chief Minister Yogi Adityanath, saying that he should inform the people of the state that the monastery where he spends most of his time in his constituency Gorakhpur, where he is set to contest the upcoming Assembly elections, is closed “It’s comparable to a large bungalow.

“Probably the people of western UP do not know that the monastery where Yogi ji lives most of the time in Gorakhpur is no less than a big bungalow,” the former chief minister remarked in a series of Hindi tweets on Sunday. It would have been preferable if he had informed us.”

Taking aim at opposition parties ahead of the first round of elections, Uttar Pradesh Chief Minister Yogi Adityanath accused his predecessors of first creating homes for themselves after assuming office.
In a voter dialogue programme in Ghaziabad, Adityanath attacked the SP and Akhilesh Yadav, saying that when the SP government was formed, the Chief Minister and ministers built their own bungalows first, but that when the BJP government was formed, he and his ministers did not build their own residences, but instead provided housing to 43 lakh poor people in the state.

He further stated that the BJP government in the state gave toilets to 2 crore 61 lakh people. Mayawati, the leader of the Bahujan Samaj Party, retorted by saying that Adityanath’s mutt in Gorakhpur is no less than a large home.

Mayawati further claimed that the Chief Minister should have mentioned the work she did while in office.

“It would also have been better if the CM of UP, in addition to praising his government, had also mentioned the BSP government’s work in the public interest, because they should know that in cases of giving houses to the poor and land to the landless, the BSP government’s record has been excellent,” she added.
“More than 1.5 lakh pucca dwellings were distributed in just two phases under the BSP government’s Manyavar Shri Kanshi Ram Ji Shahari Garib Awas Yojana, and many households benefited from the Sarvajan Hitaya Garib Housing Ownership Scheme. Thousands of landless families were also given land “she said in a tweet.