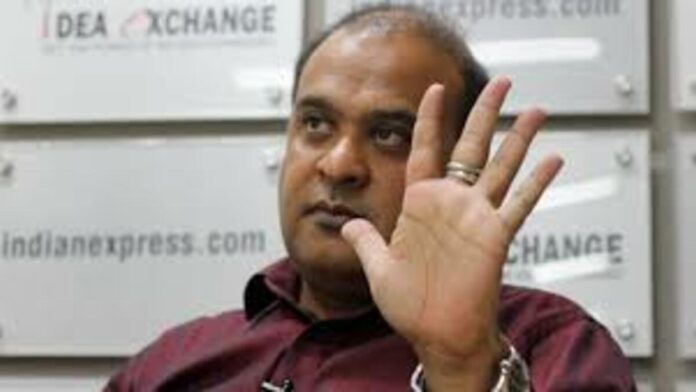 In an exclusive interview to media Assam Chief Minister Himanta Biswa Sarma on Thursday said “Hindus normally don’t contribute to riots”, in an attempt to showing BJP as an adversary to the communal violence across the country.

When he was questioned about the persuasive terms used by the other party leaders like “love jihad”, Aaftab Poonawala and Union Home Minister Amit Shah’s comments on teaching “a lesson” to rioters in 2002, Mr Biswa answered them all.

Responding to the question on love jihad he said, “for any left-leaning person, it is a communal remark. But I said this in a national sentiment”.

“I see it (ignoring love jihad) as a politics of appeasement by some. It is a concern for the security of women. There is evidence of love jihad. Even in Aaftab Poonawala’s polygraph test, it is said that he revealed his actions will take him to jannat. There are reports on it,” the chief minister further said.

Explaning Mr Shah’s comments he said, “Post-2002, the Gujarat government took a series of actions to ensure peace in the state since then. There has been lasting peace in Gujarat. No curfews happen now.”

“There has been peace since 2002 in Gujarat because of what the Gujarat government has done. Action has been taken against rioters. I have to ensure that there is peace in Assam too,” said Mr Sarma.