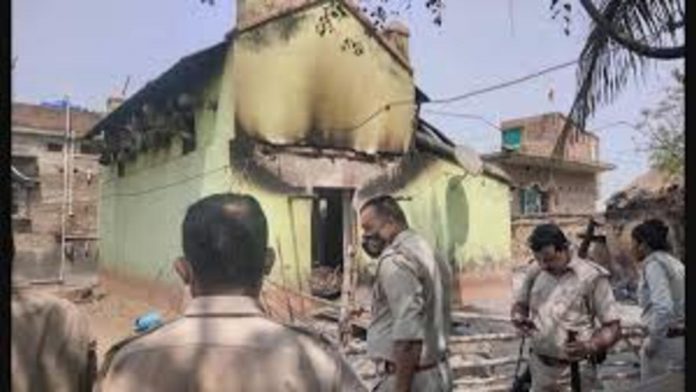 Hours after hearing the case the Calcutta High Court on Friday directed an investigation in the Birbhum case by the Central Bureau of Investigation.

“A team comprising senior CBI officials and forensic experts has been dispatched to examine the scene of crime,”said an official from the agency.

On March 21, eight people were burnt alive in a village in Bengal’s Birbhum district, a day after a TMC leader was killed.

The High Court has orders the CBI to submit it’s report by April 7.

“In view of this order, the State police authorities or Special Investigation Team (SIT) formed by the State will not carry out any further investigation in the matter,” the order further stated.

The Division Bench found that the SIT was formed on March 22, “but till now there is no effective contribution of the SIT in the investigation. It has been submitted that in spite of the fact that the police station is very near to the spot of incident, the police did not reach on time and persons remained trapped inside the burning houses”.

Though the order has been welcomed by the BJP, the Left and also the Congresa, the ruling TMC spokesperson Kunal Ghosh said, “if at the instance of the BJP, there is an effort to indulge in politics of vendetta… then there will be protest and mass agitation”.Hossain

Meanwhile, on her visit to rhe village on Thursday, Chief Minister Mamata Banerjee announced a compensation of ₹5 lakh to each victim’s family and arrest of Trinamool local block president Anarul Hossain.