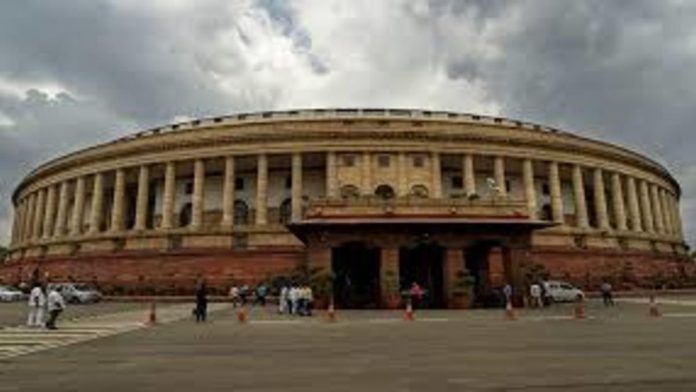 Parliamentary Affairs Minister Pralhad Joshi has said that the government has sought suspension of 12 opposition MPs from this parliament session for their “misbehaviour” regarding the events on August 11 – the last day of the previous session. However the suspensions may be cancelled if they apologise.

Tweeting this morning Mr Joshi also said that the government has planned to introduce “important bills” in the House and asked the opposition to “allow…..a healthy discussion”.

“To maintain dignity of the House, government was compulsorily forced to place this proposal of suspension… But if these 12 MPs apologise to the Speaker and House for their misbehavior, the government is ready to consider their proposal positively with an open heart,” the minister said.

“The government is ready to debate every issue, as per rules, and answer every question. Many important bills are to be introduced in the House… I once again appeal to all the parties to allow the House to function and have a fruitful and healthy discussion on all these bills,” he further said.

On the first day of the Parliament’s winter sessions that was yesterday, total of 12 Rajya Sabha MPs, including Shiv Sena’s Priyanka Chaturvedi, we’re suspended related to the events in August over the Pegasus scandal.

The House emerged similarly as the General Insurance Business (Nationalization) Amendment Bill was passed, in spite of requests to refer it to a select committee.

Opposition parties took dig at the government for forcing bills through Parliament. A joint statement accused the government for an “authoritarian attitude and undemocratic actions”, and of “deliberately derailing” Parliament inspite of confronting “unanimous” calls to talk about the Pegasus scandal and other issues.

The opposition has called the suspension “unwarranted and undemocratic”. Floor leaders will meet today to, however Bengal’s Trinamool Congress will not be attending the meeting.

No point of reference on move is being made against MPs for activities in a previous session, which Ms Chaturvedi has brought up. Rule 256, under which they have been suspended, says a Member of Parliament can be suspended “for a period not exceeding the remainder of the session”.

Other opposition MPs have likewise hit out at the suspension, with the Congress’ Abhishek Singhvi calling attention to it had slanted voting numbers (in the Rajya Sabha) quite in the government’s favour.

“By suspending 12 MPs from the Rajya Sabha, BJP has now gone ahead of the majority number. Can easily pass listed bills through the upper house now,” he said in a tweet.

The government as of now has an overwhelming majority in the Lok Sabha.