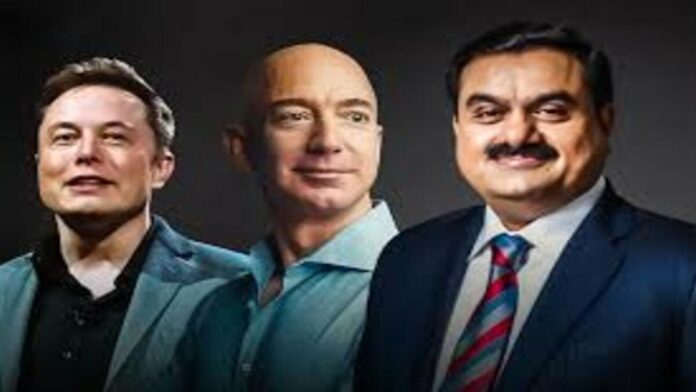 Today, Gautam Adani briefly overtook Bill Gates as the second-richest person in the world. According to Forbes’ real-time billionaires list, the businessman beat Jeff Bezos, the CEO of Amazon, and Bernard Arnault, the CEO of Louis Vuitton, to claim second place with a net worth of $154.7 billion before Arnault knocked him back to third place.

Elon Musk, who has a net worth of $273.5 billion, is still the richest individual.

Adani had surpassed Arnault to earn third place last month as well, trailing only Musk and Bezos. This time, he briefly surpassed Bezos.

Arnault was demoted to third place as a result of his family’s net worth declining by $4.9 billion to $153.5 billion, moving him out of the second position. Although his wealth decreased even more, Arnault has reclaimed the top spot with a total of $152.8 billion.

As a result of his gains being reduced from roughly $4 billion to $1.1 billion, Mr. Adani’s wealth fell to $151.3 billion, placing him in third place.

The eighth-placed Mukesh Ambani, CEO of Reliance Industries Ltd., has a net worth of $92 billion.

The Adani Group, which consists of seven publicly listed companies in the infrastructure, mining, energy, and other industries, is led by Mr. Adani, a first-generation entrepreneur.

It also has big intentions to expand its green hydrogen and airports operations, as well as to enter the telecom industry.

Adani Group has also pledged to invest $70 billion in infrastructure for renewable energy.