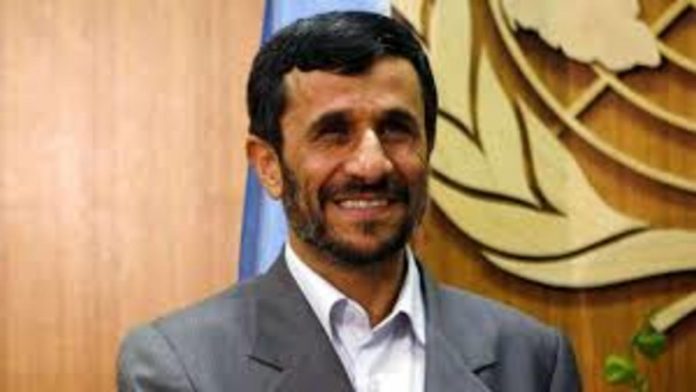 In the wake of reports that Pakistan had assisted the Taliban in suppressing resistance in Panjshir, Iran’s former president Mahmoud Ahmadinejad warned Islamabad that its actions would come back to haunt it in the near future, predicting that the militant group would threaten Pakistan’s government and sovereignty.

The handover of power to the Taliban, Ahmadinejad added, is part of a “satanic conspiracy” by the western powers led by the US.

The re-emergence of the Taliban will have ramifications for India, Iran, Pakistan, Russia, China, and regional countries, he stated on Afghanistan Dialogues programme.

He urged Pakistan to join India and Iran in their efforts to resolve the Afghan conflict.

In response to rumours that Pakistani officers were directly involved in the Panjshir battle, he commented, “here I have a piece of advice for the Pakistani officials: What happened in Afghanistan will soon expand and take the grip of Pakistan and all countries that supported the Taliban.

“I am sure that the consequences in the aftermath of this event will soon go to those countries which supported and designed this plot including the US, UK, Russia and China.”

His remark came as Iran became the first country to criticise Pakistan for its role in the Panjshir conflict.

“Last night’s attacks are condemned in the strongest terms…and the foreign interference …. must be investigated,” Iranian foreign ministry spokesman Saeed Khatibzadeh said on Monday, adding that Iran is looking into the matter.

Taliban takeover is part of an intentional plot
The actions in Afghanistan, according to Ahmadinejad, are part of a “international plan that will affect other regional countries.”

Anyone who has taken part in, supported, or accompanied this should repent and change their ways, he added.

“A group has been supported, which is created and then trained, armed and supported by the neighbours. It has captured a country and called itself the government. The world had either been watching or supporting. This is an ugly thing in the face of the world.

He claimed that a few world powers, acting in their own interests, violated people’s rights and their ability to select their own fate.

In reality, he claims, it is a neighbour interfering in its neighbour’s internal affairs.

He predicted that the US government’s plan will fail to carry out what they intended, and that “they will lose face, vis-à-vis the measure they have taken behind the scenes against the Afghans.”

It’s a shame to recognise Taliban
Asked about several countries and interentional organisations like the United Nations talking to Taliban, Ahmadinejad said: “Recognising a government which has taken power with the force of arms and support of the aliens, which has dominated the country and whose attitude and policies aren’t clear, is a matter of shame and actually it will damage the entire human society.”

Any person wants freedom, he argued, should seek an independent government. He believes that power should be in the hands of the people, and that any administration should be elected by direct vote of the Afghan people.

“These developments will soon unfold and please don’t suppose that I am talking about an unknown far away future. Very soon these will uncover,” he added.

“Their behavior needs to be analysed and evaluated within the framework of politics,” he said, describing the Taliban as a political organisation with religious and ideological demands.

India, Iran, Pakistan should come together to resolve crisis
Pakistan needs to join this cooperation of Iran and India in resolving the issue, Ahmadinejad said, “because it is seriously being threatened.”

“What I mean is the sovereignty and the government of Pakistan … is soon going to be threatened by the Taliban’s current movement.”

Fighting and surviving terrorism, he argued, is a matter of state cooperation and coordination, rather than conflict. Terrorism is a political issue, and if we assume it is a military issue, we will have significant difficulties in resolving these concerns.

“So Iran, India and others should come together and make plans to resolve this in the framework of political and humane issues.”

“The root cause of this jihadi group goes back to when the Ex-Soviet Union was dominating Afghanistan. At that time the US started training and preparing these terrorist groups in Pakistan in order to withstand the Communist Government’s threats. This trend later on continued,” he added.

Taliban rule will affect Iran, India, Pakistan, China and Russia
All of these groups have their origins in one location, he continued, referring to Western powers.

“The Taliban, Daesh [Islamic State] and all the other ones originate from one source and they are in fear, which is the global hegemonic system. They are utilised as tools under scene of political chess and it too will be at the right time utilised.”

“We have to ask the question, why the US had the Taliban take control of Afghanistan, that it was very intentional plot. Although, in the first place, that’s gonna be a threat against Iran and India.”

“This has got a long-term and much higher level of goals, although primarily it’s going to hit Iran and India, but soon it’s gonna turn into a threat against Pakistan, China and Russia,” he added.

The fact that Pakistan, China, and Russia were participating in this conspiracy that would backfire is a mystery because this is a very violent and illogical group that considers itself to be the very right thing that has an existential purpose and it considers no worth, attaches no value to any other beings.

So, he continued, if such a group becomes armed and takes control of the country in those forms within the framework of a government, it will quickly become a major threat to regional countries.

A terrorist organisation that is primarily political in nature and holds political ideas will pose a threat to the entire area, including India, Pakistan, Iran, China, the northern states, and Russia.

“They are going to be serious threat to all of them,” Ahmadinejad warned.