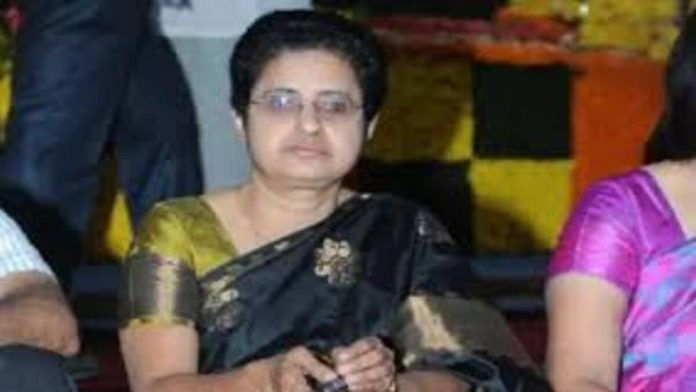 Uma Maheshwari, a former Andhra Pradesh chief minister and a former Telugu movie star NT Rama Rao’s daughter, was found dead in her home in Hyderabad. The occurrence happened on August 1. The fourth child of the renowned actor-turned-politician died by suicide. She was 57.

Out of NTR’s eight sons and four daughters, Uma Maheshwari was the youngest. She has siblings like D Purandeshwari, a former union minister, Bhuvaneshwari, the wife of the former chief minister of Andhra Pradesh, Chandrababu Naidu, and Nandamuri Balakrishna, a well-known actor and politician. Uma kept a low profile in the incredibly powerful Nandamuri family, which had enormous influence in the media and politics. Her two daughters, the older of whom resides in the US, were born during her marriage to Dr. Srinivasa Rao.

Dikshita, her younger daughter, who lives in Hyderabad, claimed Uma had been dealing with mental health problems for a while.

Uma Maheswari went to her room for lunch and didn’t come out for a while, according to her daughter. Dikshita made the decision to call the police after Uma refused to open the door.

Four people were reportedly present in the home at the time the incident happened, according to reports. Soon after the news broke, members of Chandrababu Naidu’s family, including his son and former AP minister Nara Lokesh, were spotted entering Maheshwari’s home.

Suicide is the subject of a case brought under Section 174 of the Criminal Procedure Code. The cremation will occur on August 3rd, Wednesday.