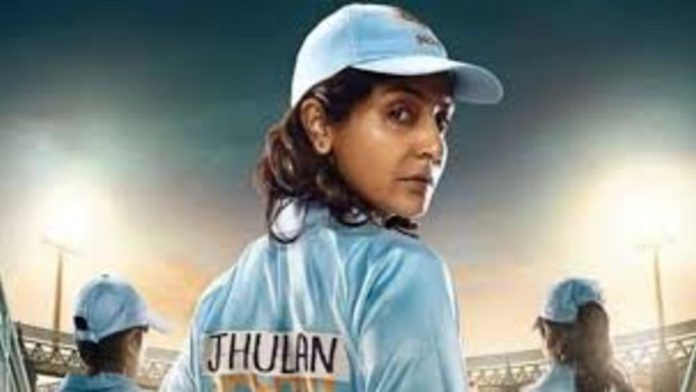 Bollywood actress Anushka Sharma declared her Bollywood comeback with the film ‘Chakda Xpress’, which is a biopic of Indian cricketer, Jhulan Goswami.

Anushka has not only made the declaration, but even shared the first teaser with a motivational note that said, “It is a really special film because it is essentially a story of tremendous sacrifice. Chakda Xpress is inspired by the life and times of former Indian captain Jhulan Goswami and it will be an eye-opener into the world of women’s cricket. At a time when Jhulan decided to become a cricketer and make her country proud on the global stage, it was very tough for women to even think of playing the sport.”

Anushka added such Jhulan’s life is a living evidence that passion and determination win over any or all misfortunes and ‘Chakda Xpress’ is the most authoritative investigate the world of women’s cricket in those days.

“As a woman, I was proud to hear Jhulan’s story and it is an honour for me to try and bring her life to audiences and cricket lovers. As a cricketing nation, we have to give our women cricketers their due. Jhulan’s story is truly an underdog story in the history of cricket in India and the film is our celebration of her spirit.”

While fans were glad to have the actress back on screens once more, many really wanted to remark, “As much as I love her, she does NOT fit this role…”
Another with crying emojis wrote, “Biopic bna rahe hun to kam se kam Skin colour hi match kar lete (If you are making a biopic, at least match the skin tone.)”

“A Bengali actress must have been chosen for this role,” one more tweet read.

While some criticized the complexion mismatch, others scrutinized the actress’ Bengali accent. Cricket fans, then again, tweeted, “Jhulan Goswami is a sports icon in India, she deserves better.”

While on the other side, Jhulan also shared the first teaser on her official social media handling with a note that read, “When you represent India, that’s all that is on your mind. Tum desh ke liye khel rahe ho, apne liye nahi. 11 women playing to place Team India’s name in history. It doesn’t matter if they said ladkiyan cricket nahi khel sakti. It doesn’t matter if sometimes a man’s accomplishments are placed above your own. It doesn’t matter if the stadiums are empty. When you pull up on to the pitch to bowl, all you see is the opponent holding the cricket bat and the stumps you need to knock out.”

“Team India is not just the roaring sound of 1.3 billion voices cheering and praying. Sometimes, it is one girl from Chakda playing a game of cricket with her team shaking, screaming for, and rising together when the stumps are finally knocked out. Now is the time to watch the women shine,” she further added into her note.

Declaring the beginning of the film, she also said, “It’s our time and we’re here to play. Today, you see us. Tomorrow, you’ll remember our names. Join us, as we cheer for Team India and bring to you this story. Chakda Xpress is now filming. Meet you on the field.”