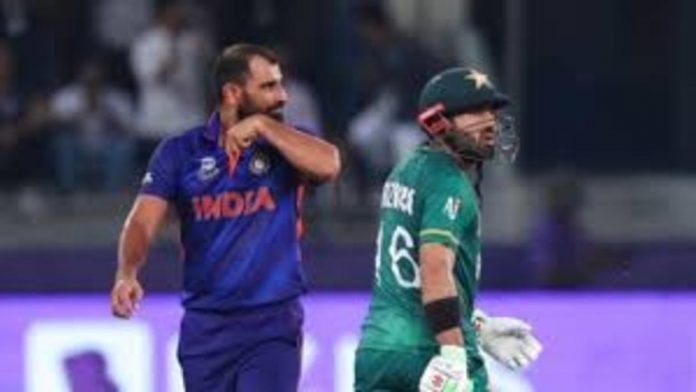 The Board of Control for Cricket in India (BCCI) recently expressed their support for Mohammed Shami, one of the country’s best bowlers, who received religious hatred after India’s loss to Pakistan in the T20 World Cup 2021 opener.

However, many fans were not pleased with the Indian cricket board’s message, and they doubled down on their vehement hatred for the 31-year-old bowler.

Struggling to put up a big enough total to defend in the second innings, the Men in Blue were unable to dismiss even a single Pakistani wicket and ultimately lost the match by 10 wickets and 13 balls with 13 balls to spare, as the Pakistani captain Babar Azam and Mohammad Rizwan successfully chased down 151 runs in just 17.5 overs.

However, the Pakistani tandem hammered the winning runs in Indian veteran pacer Mohammed Siraj’s penultimate over of the day, ending India’s unbroken streak of victories over them in T20 and ODI World Cups since the start of international cricket.

Shocked by the reaction Shami received from Indian cricket fans following the match, former Indian cricketer Irfan Pathan made an outspoken speech in his support for Shami, putting himself in his shoes as another Indian Muslim and voicing his sentiments.

“Even though I was a part of #IndiavsPakistan combat on the field when we lost, I was never told to go to Pakistan! I’m referring to a few years ago. THIS CRAP HAS TO STOP RIGHT NOW. After the loss, Pathan tweeted “#Shami” from his official Twitter account.

“We didn’t do a good job of executing. It’s important to give credit where credit is due, and Pakistan outplayed us today. They got off to a great start with the bowling, taking three wickets for 20 runs. “We needed wickets early on, but they gave us no chance with the bat,” Kohli said during the post-match presentation ceremony.

“It was slow in the first half, and getting across the line was not as easy as it was after 10 overs in the second half. We needed those 15-20 more runs, and we needed a solid start to get them, but Pakistan’s bowling prevented us from scoring those runs,” he continued.