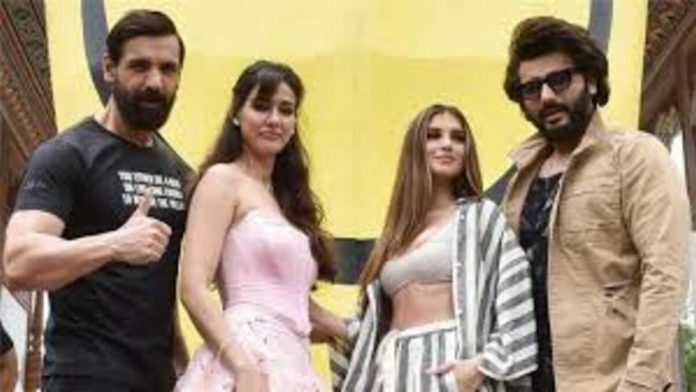 The eagerly anticipated Ek Villain Returns, which was directed by Mohit Suri, has had a respectable opening weekend. Early estimates place the film’s opening day take somewhere between Rs. 6.80 and 7.40 crores, with show-by-show occupancy increasing. The morning start suggested a start of Rs. 6 crores, but after the general public began to watch around midday, the opening day collection increased to over Rs. 7 crores. After the release of the trailer, the industry anticipated an opening of around Rs 9 to 10 crore.

The occupancy rate for Ek Villain Returns improves with distance from major metropolitan areas. On opening day, the concept of a thriller with intimacy and song has captured the attention of the audience. As the opening day audience witnessed the youth walk out in abundance, the brand of Ek Villain has also attracted an audience to the movie. Such love stories also have a devoted following, or one-sided lovers, who have gone to see Ek Villain Returns in theaters.

We’ll be able to gauge the audience word-of-mouth based on the trend over the weekend. With even a regular pattern of a 10% increase per day, the film has a chance to register a weekend of Rs. 25 crore from this point on. From there, it will be in a position that is far better than 99 percent of Hindi movies this year if it manages to double over the lifetime run.

A lifetime gross of Rs. 50 crores would be a fair outcome for the cast members, and it would also represent a significant increase above the combined gross of the last three John Abraham films, Attack, Satyameva Jayate 2, and Mumbai Saga. However, there is a long road ahead, and each day will get us closer. We’ll get a better notion of the direction of the movie on Saturday and Sunday. A downward swing during the weekend will provide the movie a platform to trend till the August 11 release of Laal Singh Chaddha and Raksha Bandhan, but a flat trend would be dangerous on Monday.