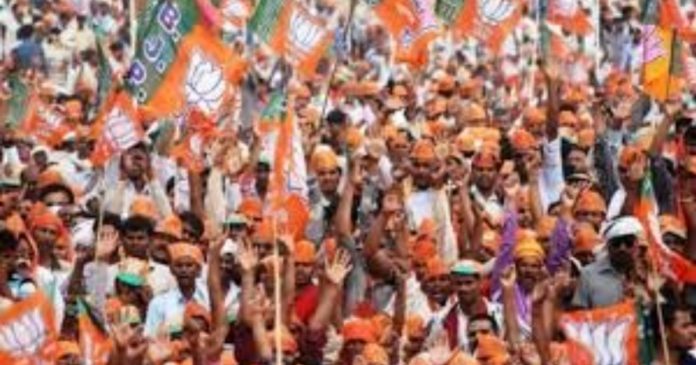 In the wake of the Covid-19 pandemic, the Election Commission of India (ECI) on Monday extended the prohibition on roadshows and political rallies in all poll-bound states until February 11.

The commission, on the other hand, approved certain additional relaxations to the existing limits. These include raising the maximum number of people allowed in physical public meetings of political parties or candidates from 500 to 1,000, or 50% of the venue capacity, whichever is lower. This rule will apply to all phases of the five assembly elections beginning February 1.

The Election Commission also expanded the number of people who can participate in door-to-door campaigns from ten to twenty. According to an official declaration, this does not include politicians’ security people.

Indoor political party gatherings, which were formerly limited to 300 people or 50% of the venue capacity, can now accommodate 500 people.

All additional prohibitions on padayatras (walking rallies), cycle, bike, and car rallies, and processions will remain in place until February 11.

All chief secretaries of poll-bound states informed the commission that Covid-19 instances in their respective regions have either “plateaued out” or are tapering, according to the commission. They also mentioned that the case positivity rate is decreasing, but they emphasised the importance of continuing to use Covid-19 procedures as a preventive step to avoid a “undue surge” of new infections.

“During all activities related to elections, political parties and contending candidates will ensure compliance with Covid-appropriate behaviour and rules, as well as the model code of conduct,” according to an ECI statement.

Uttar Pradesh, Uttarakhand, Goa, Manipur, and Punjab are among the five states that will vote this month. The prohibition on political rallies and roadshows was imposed by the EC between January 8 and 15, but it was then extended again, until January 22 and 31.