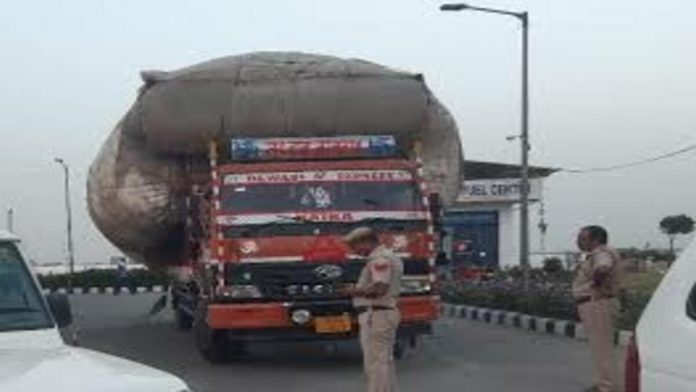 Several Haryana districts have banned the selling of dry fodder made of wheat straw, paddy, mustard, and guar to brick kilns or cardboard industries, and have also launched a campaign to stop tractors loaded with fodder from transferring it to other areas amid a wheat crisis. Wheat straw is utilised as animal food, and the extreme heat has generated shortages, posing a threat to the state’s cow shelters.

Wheat yields have been reduced by 4-8 quintals per acre due to the drought. Farmers in the state have objected to the government’s ban order, citing a lack of feed for livestock owners and gaushalas (cow shelters).

Prices have risen from 300 to 700 per quintal. The sale and transport of wheat straw outside of the state has been prohibited in four areas so far.

A low wheat production has also been observed in neighbouring Punjab, despite a large increase in demand.

On Sunday, Punjab Chief Minister Bhagwant Mann urged the Centre to reduce shrivelled grain requirements in the procurement of wheat from the state without imposing a price cut.

Because of the early beginning of a heatwave, wheat growers in Punjab have reported a decline in crop production and shrivelled grains.

Mr Mann stated that the AAP government is committed to purchasing all of the farmer’s grain.

He went on to say that blaming and punishing farmers for shrivelled wheat is entirely unfair because this is beyond their control.

The Russian invasion of Ukraine has had an impact on wheat sales in Punjab, as the two nations are the world’s largest wheat exporters. The farm sector’s private operators have looked to Punjab to cover the supply deficit.