Digital Arms Of Print And TV Media Not An Exception In New Rules, Says I&B Ministry 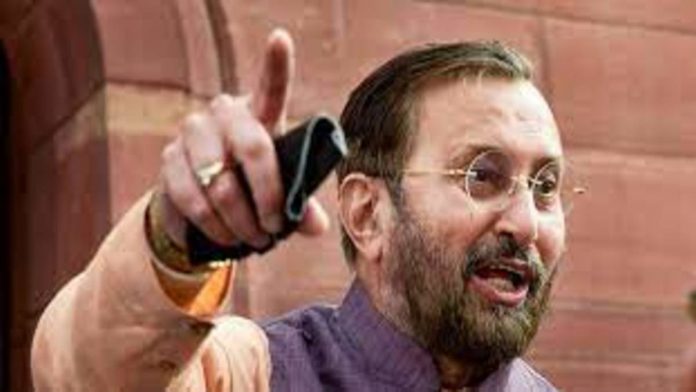 The ministry for I&B has declined demands by traditional print and TV media associations to absolve their advanced media arms from being covered under the Information Technology (Intermediary Guidelines and Digital Media Ethics Code) Rules, 2021, on the ground that the traditional media was already covered under existing laws.

“The rationale for including digital news portals/websites of organisations having traditional news platforms under the ambit of Digital Media Rules 2021 is well reasoned. Making any exception of the nature proposed will be discriminatory to digital news publishers who do not have a traditional TV/print platform,” said ministry in an order.

Writing to I&B minister Prakash Javadekar, the News Broadcasters Association and the Indian Newspaper Society has sought exemption for traditional print and TV news media and its extended presence on digital news platforms. They said that the traditional news media was already “sufficiently regulated by various statutes, laws, guidelines and codes, regulations and judgments”.

Since the TV and print publishers had said that they were already following the existing regulations relating to news content then asking the digital arms to follow the new digital media rules would not be considered any “new or additional compliance,” said the ministry.

“As already mentioned, since the Code of Ethics requires such digital platforms to follow the existing norms/ content regulations which are in vogue for traditional print and TV media, there is no additional regulatory burden for such entities. Accordingly, the request for exempting digital news content of such organisations from the ambit of Digital Media Rules 2021 cannot be acceded to,” the ministry’s order said.

It likewise contended that while the Press Council Act covered newspapers, their news sites were not covered under the Act. “Content also differs across traditional and digital platforms. Accordingly, portals and websites even of organisations having traditional newspapers will be covered under the said rules,” the order, endorsed by Kshitij Aggarwal, said.