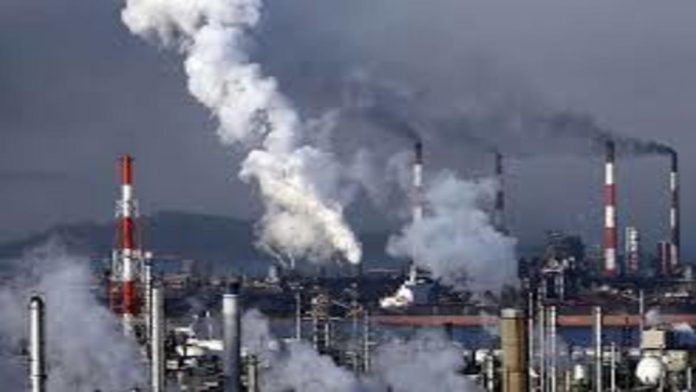 India has requested industrialised countries who have “reaped the benefits of energy” to accelerate their efforts to achieve net zero emissions so that emerging economies can use some “carbon space” to fuel growth. Achieving an overall balance between greenhouse gas emissions created and greenhouse gas emissions removed from the environment is referred to as “net zero emissions.” India’s delegate to the UN Climate Change Conference of the Parties, or COP26, in Scotland, said the country will “represent the voice of the developing world” in the battle against climate change to secure a better planet for future generations.

“Developed countries have reaped the benefits of energy, and they will need to accelerate their efforts to achieve net zero carbon emissions so that developing countries can have some carbon space. There is currently no device that can absorb massive amounts of clean energy into grids. Before we can determine the year (for achieving net zero), we need to look at additional technology and innovation “Mr. Goyal explained.

“India advocated for the developing world’s interests to be protected. The G20 has highlighted sustainable and responsible consumption as important enablers for attaining climate targets for the first time “Mr. Goyal explained.

The G20 welcomed recent promises of roughly $45 billion as a step toward a total global aim of $100 billion in voluntary contributions for the world’s poorest countries, according to the Rome Declaration, which was announced following the Summit. What this implies is that the G20 wealthy countries will work together to create a $100 billion fund to assist emerging economies in meeting their clean energy commitments.

Prior to Mr Goyal’s remarks, summit president Alok Sharma said in his inaugural speech that the COP26 climate talks are the “last, best hope” for keeping the aim of keeping global warming below 1.5 degrees Celsius alive.

The conference in Glasgow, which continues through November 12, comes as an increasing number of extreme weather events around the world highlight the terrible effects of climate change caused by 150 years of fossil fuel burning.

Mr Sharma stated during the opening ceremony, “We know that our shared world is changing for the worse.”

Only radical action in the next ten years, according to experts, will help avert far more catastrophic consequences. COP26 takes its fundamental goal from the historic 2015 Paris Agreement, in which countries agreed to keep global warming “well below” 2 degrees Celsius over pre-industrial levels, and ideally 1.5 degrees Celsius.

Many critical specifics of the agreement still to be ironed out, and carbon reductions are tragically insufficient to prevent global warming.

In August, the world’s leading climate research agency released a shocking “code red” report warning that Earth’s average temperature will reach 1.5 degrees Celsius around 2030, a decade earlier than predicted only three years ago.