Despite Kejriwal’s Demand To Vote, Bhagwant Mann Asked It To Be People’s Decision 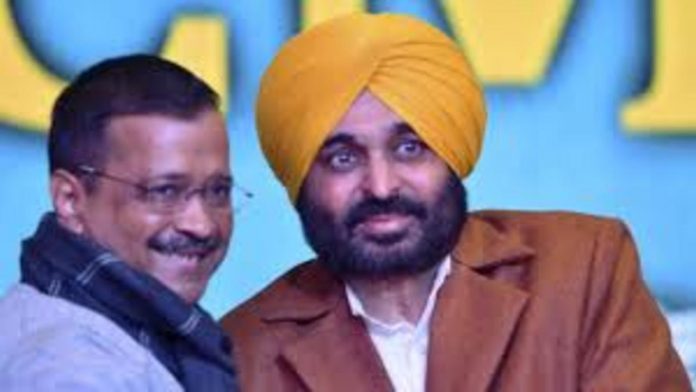 Bhagwant Mann will be the Aam Aadmi Party’s (AAP) chief ministerial candidate in the Punjab Assembly elections, according to party president Arvind Kejriwal. The 48-year-old two-time Sangrur MP’s name was announced at a public event in which Kejriwal announced the results of the AAP’s ‘Janta Chunegi Apna CM’ campaign, in which the party requested the people of Punjab to vote for its chief ministerial candidate. Mann is the head of the party’s state unit. According to party leaders, the party received 21.59 lakh replies to its campaign to elect its CM candidate for the Assembly elections.

Despite Kejriwal’s desire for party MP Bhagwant Mann’s name to be announced as the chief ministerial candidate, Mann demanded that the people of Punjab make the decision.

“The name of the party’s chief ministerial candidate for Punjab assembly elections will be announced tomorrow at 12 noon,” Kejriwal told reporters on the sidelines of an event in Delhi.

In June 2021, the AAP national convenor stated that the party’s chief ministerial candidate for the 2022 Punjab assembly elections would be from the Sikh community, and that the entire province would be proud of their pick.

Meanwhile, BKU leader Naresh Tikait has stated that he will not vote for any party in the next UP assembly elections. His remarks follow a meeting between the older Tikait and Union Minister and Muzaffarnagar MP Sanjeev Balyan at the latter’s home.

“I had undergone a surgery following a shoulder fracture. (Union Minister) Sanjeev Balyan had come here to inquire about my wellbeing… Every party is seeking support, but we will not support anyone this time,” Naresh Tikait said.

He has already expressed his support for SP-RLD candidates running in the next elections. I hope people of the state will support the candidates of this coalition, Tikait said while addressing people at Sisauli here.