Despite Claims Of Karnataka Govt Not Interfering With Uniforms, State Education Department Does Exactly Opposite 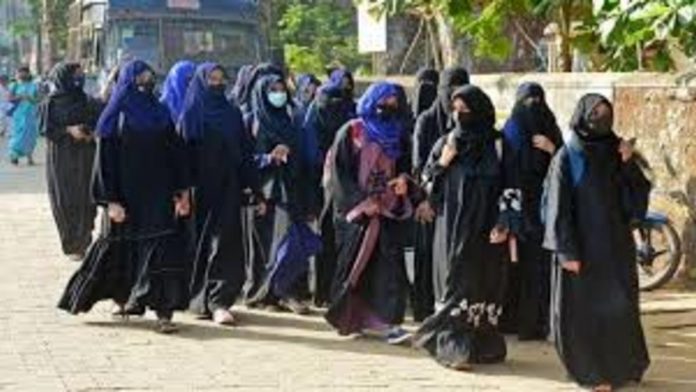 Despite the Karnataka Advocate General told the High Court that the state government does not interfere with uniforms in private minority schools, officials from the state education department have reportedly done the exact opposite.

According to accounts, officials from the Karnataka Pre-University Education Department attempted to prevent a turbaned Sikh girl from attending lessons at Mount Carmel College, a private minority institution in Bengaluru, this week. She, on the other hand, was not barred from attending courses.

G K Sriram, the department’s Deputy Director in north Bengaluru, claimed he was tasked with persuading Mount Carmel College administration to execute the religious garb restriction imposed by a February 10 High Court judgement. “The High Court ruling merely states that the order must be followed at colleges where uniforms are required.” “The decree isn’t specific to private minority institutions,” he said.

The High Court utilised the AG’s declaration to dismiss a petition filed by the Karnataka State Minorities Educational Institutions Managements’ Federation, which questioned the application of religious clothing regulations. “We are of the considered opinion that no decision in the subject is required.” “As a result, the writ petition is dismissed,” the court stated.

“We believe the order of the High Court applies to all institutions.” The regulation states that headscarves are not permitted in classes at colleges with uniforms. “There is a uniform at this college (Mount Carmel),” Sriram explained.

“We are not performing any inspections, but if it is brought to our attention (religious attire), we will go to the college.” We must ensure that no religious clothing is worn in the classroom. People protest out of fear of kids engaging in a competitive exhibition of religious garb, according to an education official.

Muslim girls, on the other hand, have been kept out of classrooms in degree colleges where there is no clothing requirement, in violation of the High Court’s ruling. In certain places, even Muslim instructors were required to remove their headscarf and burqa.

On February 15, lawyer Mohammed Tahir, who has been defending Muslim students in the High Court over the hijab issue, asked the court for clarification on the February 10 judgement. “The High Court’s order has been badly misapplied. This order is followed in every institution. He informed the court that Muslim females are being pressured to remove their hijab.

The High Court declared on February 23 that limitations on wearing religious dress would apply exclusively to state colleges where uniforms are required, in an oral explanation of its February 10 judgement. In this case, no formal clarification was provided. Orally, the High Court underlined that its February 10 order would only apply to students, not professors.

The government’s February 5 decree outlawing hijab and leaving it to the discretion of college development committees to prescribe dress code, according to an official who spoke on the condition of anonymity, was the underlying cause of the matter spiralling out of control.