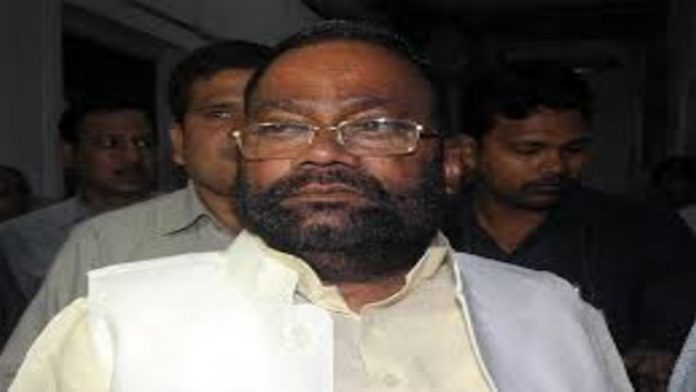 The demand for a special space for “namaz” on the state Assembly premises was termed “appeasement politics” by Deputy Chief Minister Keshav Prasad Maurya on Wednesday, emphasising that such a proposition should not be accepted because it lacks reason. Irfan Solanki, a member of the Samajwadi Party, made the demand in response to the allocation of a chamber for giving “namaz” on the Jharkhand Assembly grounds.

Shafique-ur-Barq, a leader of the Samajwadi Party (SP), has made a similar request.

The BJP in Jharkhand has spoken out against the decision to allocate a space for offering prayers, demanding that either the order be revoked or a Hanuman temple and other places of worship be allowed on the Assembly grounds.

“Such requests have no legitimacy, be it a state Assembly, Parliament, or any other government agency,” Maurya told PTI in response to the SP legislator’s demand. There should be no separate namaz offering facility. It cannot be regarded right if such an arrangement is made.

“The SP leaders are raising the issue as part of their appeasement politics and such things should not be considered because neither the state nor people will gain anything out of it,” the senior BJP leader said.

He went on to say that there is no chance of it happening in the foreseeable future in Uttar Pradesh.

Solanki, a member of the UP Legislative Assembly from Kanpur’s Sisamau, had said, “I am an MLA for the past 15 years. Many times when Assembly proceedings are on, we Muslim MLAs have to leave the Assembly to offer namaz.”

“If there is a small prayer room in the Assembly, we won’t have to leave proceedings. On many occasions, if you have a question in the pipeline and it is the time for ‘azaan’ (prayer call), you can either ask the question or offer namaz,” he said.

“Even at international airports, there is a room for ‘ibadat’ (prayer). The Assembly Speaker can consider this and it will not cause any loss to anyone,” Solanki had added.

Speaker of the Uttar Pradesh Legislative Assembly Hriday Narayan Dixit said on Tuesday that he has not received any information from the MLA in this respect and that any such demand will be decided in accordance with the law.

“Discussions will be held with officials and a decision as per law will be taken,” Dixit said when asked if a room for prayers will be provided if Solanki submits a request.