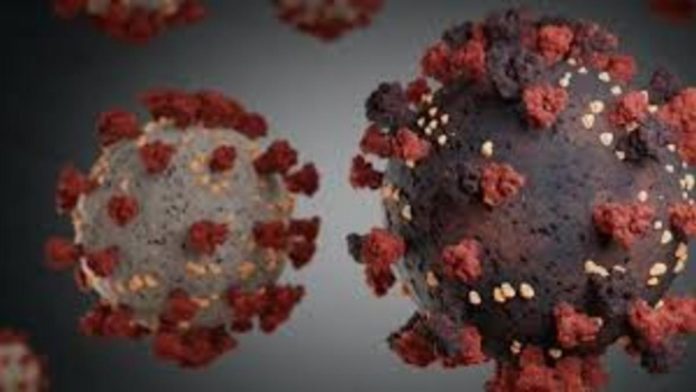 The latest coronavirus outbreak in the United States, caused by the Delta strain, may be nearing its end, but experts warn against complacency, predicting that the virus will continue to be a part of daily life for many years to come.

According to data compiled by the Covid Act Now tracker, the seven-day average of daily cases as of Monday was 172,000, the highest level of this surge despite the fact that the growth rate is reducing and cases are declining in most states.

However, more than 1,800 people die every day, and over 100,000 people are still in hospitals with severe Covid, highlighting the difficulties authorities have faced in getting more Americans vaccinated in the face of misinformation and a divisive political climate.

Bhakti Hansoti, an associate professor of emergency medicine at John Hopkins University and a Covid critical care expert, told AFP that she believes the United States is on the same path as India.

But while Hansoti breathed a sigh of relief when the spring wave ended, “I’m a little hesitant this time around,” she admitted.

“Unless we learn from the lessons of the fourth wave,” a recovery is possible due to the appearance of additional variations of concern and the arrival of winter weather, which encourages more interaction indoors.

Angela Rasmussen, a virologist at the University of Saskatchewan in Canada, warned that the fourth wave might not be ended yet.

“If you look at the fall-winter wave, there were periods in which there was a steep exponential increase, and then it looked like it was falling — and then there would be another increase.”

Despite its extensive vaccination programme, the United States lags behind worldwide leaders such as Portugal and the United Arab Emirates (81 and 79 percent fully vaccinated, respectively).

President Joe Biden’s administration unveiled a number of new measures this week to boost the vaccination drive, including new vaccine requirements for companies with more than 100 employees, although the impact has yet to be seen.

Two Americas
Experts want to see other initiatives continue in addition to vaccinations.

Hotspots, according to Thomas Tsai, a Harvard surgeon and health policy expert, need to follow through on masking, and the US should look to other countries that have implemented broad fast testing for schools and businesses.

In Germany, the United Kingdom, and Canada, such tests are either free or extremely inexpensive, but in the United States, despite the Biden administration’s efforts to drive costs down through a deal with retailers.

Of course, the effectiveness of any action is determined by its adoption, and a clear and constant pattern of two Americas has evolved in this regard: liberal-leaning parts are significantly more compliant than conservative regions.

Prior to the Delta wave, some experts predicted that the country was approaching the point of herd immunity., based on the percentage of persons who had been vaccinated and those who had obtained immunity through natural infection.

Rasmussen said those predictions had proven incorrect and it remained too early to say when this threshold would be reached.

“There are still parts of the country where the adult vaccination rate is less than 50 percent,” she noted.

Going Endemic
Despite the fact that Delta has outcompeted all prior variants and is now the prevalent strain, SARS-CoV-2 is still evolving at a rapid pace, and virologists are concerned that new hazardous variants may develop.

“I don’t want to be a doomsayer, but I also want to have some humility, because I don’t think we know a lot about the basic function of many of these mutations,” said Rasmussen.

Nonetheless, doctors are optimistic that vaccines will continue to reduce the worst outcomes for the majority of individuals, and they anticipate their approval among children under the age of 12 in the coming months.

Certain populations, such as the elderly and those with compromised immune systems, are predicted to require booster shots as well as high community vaccination rates to be protected.

Rather than eradication, the goal now is to tame the virus in vaccinated people so that it behaves more like the flu in rare cases of breakout infections.

However, there are still some unknowns, such as whether persons with breakthrough Covid infections may develop long Covid.

Greg Poland, a Mayo Clinic infectious diseases researcher, projected that humanity would have to deal with Covid “well past the lifespan of the next many generations.”

“We are still immunizing against aspects of the 1918 influenza virus,” he said.