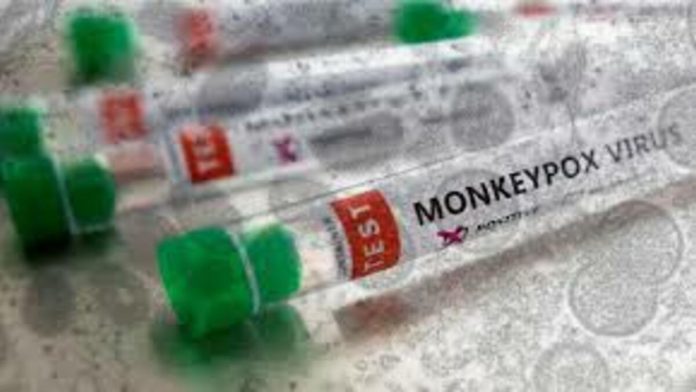 Delhi reports fourth monkeypox case. The patient is a 31-year-old woman, and it is yet not known whether she has any travelling history or not. So far the total number of cases in India have reached to 9 and all in Kerala and Delhi.

In symptoms, the woman has fever and skin lesions. She was admitted to Lok Nayak Jai Prakash Hospital, soon after she was tested positive on Wednesday.

Meanwhile, yesterday a 35-year-old foreigner had tested positive in Delhi, who also had no travelling history.

The man was also admitted to LNJP Hospital, which is especially alloted for treatment of Monkeypox patients by the government. It is one amongst the three private hospitals in the city which have set up isolation wards for the Monkeypox cases, by the Delhi government.

However, on Monday the first person to be tested positive for Monkeypox was discharged from the LNJP Hospital.

As per the World Health Organization, Monkeypox is a viral Zoonosis – which means it is transmitted to humans from animals. It is much similar like smallpox but less severe.

The symptoms for this new viral disease include fever, swollen lymph nodes, fever and may also lead to complications. The recovery from the virus may take upto two to four weeks.

Meanwhile, the Union Health Ministry on Wednesday released a list of guidelines to be followed against Monkeypox. The guidelines suggested the infecfed persons to be isolatwd to prevent the spread of the virus also there should be no sharing of beds, clothes etc.

The covid appropriate behavior of frequent handwashinh, use of sanitizsers and masks will also help in this news viral disease.