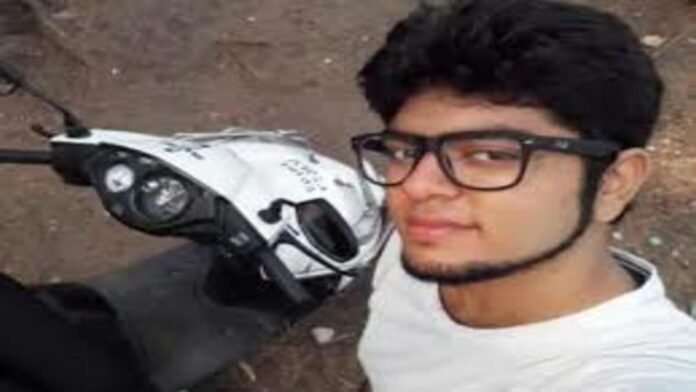 Aftab Amin Poonawala is accused of killing his live-in partner Shraddha Walkar, and the lady he dated told the police that she was shocked to hear that Walkar’s body parts were in the refrigerator when she had visited Aftab’s apartment.

According to news agency, the woman, a clinical psychologist, was called by the Delhi Police for questioning. According to the police, she never had any doubts about Aftab.

She was shocked to learn that Shraddha’s body may have been in the refrigerator when she visited him. A police officer said, “She said that she might need counselling to get through this.

The psychiatrist responded that Aftab did not act suspiciously when the police enquired as to whether she had observed any strange behaviour. Aftab actually came off as very normal, conducted himself in a gentlemanly manner, and was a genuinely kind individual.

On the same dating app, Bumble, where he had already met Shraddha, the psychiatrist contacted Aftab and invited her to his house. When Walkar dialled the psychologist at his Chhattarpur residence, the fragments of his body were still in the refrigerator. She was unaware that, contrary to Aftab’s claims, Shraddha Walkar’s body parts were stored in the freezer.

After killing Shraddha, Aftab dated a psychiatrist, who revealed some shocking discoveries about him. The woman admitted to the police that she had gone twice in October. Through a dating app, she first spoke with Aftab in May. When she initially met him on October 12, Aftab encouraged her to visit his apartment in Chhattarpur, where they both spent time together. She added that she was not aware of any human remains being kept in the refrigerator. Aftab frequently told her about his home in Mumbai and never displayed any signs of fear.

Aftab gave her various perfumes from his collection in addition to the ring. He also kept a selection of perfumes and deodorants at home.

Aftab enjoyed a variety of cuisines and frequently had non-vegetarian dishes delivered to his house from various places. His social media pages make it quite clear as well. The 28-year-old accused previously managed the Instagram account hungrychokro escapades, which is known for hosting food blogs. The account had more than 28,000 followers and a number of high-quality images of numerous Chinese and Indian dishes. He identified himself as a food and beverage consultant, photographer, and food photographer in his bio.

The woman told the police that Aftab used to smoke a lot of cigarettes and roll his own cigarettes. He had previously discussed giving up smoking.

Through various dating apps, Aftab communicated with 15 to 20 girls, and he also met this woman through one of those apps. In the course of their investigation, the police tracked Aftab’s Bumble app activity and discovered another girl who had communicated with him on May 30, or 12 days after Shraddha’s murder.

Aftab, who is currently in custody, confessed to killing Shraddha earlier in the day while undergoing a polygraph test at the Forensic Science Laboratory (FSL) in Rohini. He is currently being held in Tihar jail, and tomorrow, December 1, he will likely undergo a narcoanalysis at Baba Saheb Ambedkar Hospital.

In 2019, Aftab and Shraddha connected on the dating app Bumble, and they later shared a rental home in Delhi’s Chhattarpur neighborhood. After she made the decision to move to Delhi with him, her parents cut off communication with her because they were against the interfaith relationship.

Shraddha Walkar, his live-in partner, was allegedly strangled and sawed into 35 pieces, which Poonawala allegedly kept in a 300-liter refrigerator for almost three weeks at his Mehrauli residence in South Delhi’s Mehrauli before scattering them throughout the city over the course of several days in the dead of night.

On November 12, Aftab was detained by the police for five days and given a five-day extension on November 17. He was kept in police custody for four days starting on November 22. On November 26, the court ordered him to spend 13 days in judicial custody.