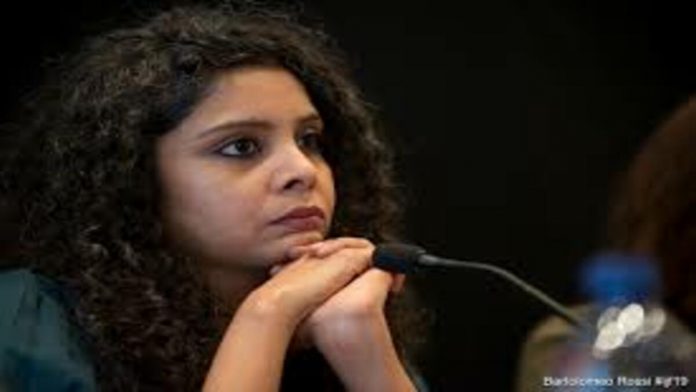 The Delhi High Court said on Monday that the Enforcement Directorate’s watch circular against journalist Rana Ayyub, who was barred from flying to London from Mumbai International Airport last week, was issued in haste and “despite the absence of any precondition mandating such a move.”

“As a result, the impugned LOC is liable to be set aside as being devoid of merits as well as for infringing on the Petitioner’s human right to go abroad and to exercise her freedom of speech and expression,” the court ruled in striking aside the LOC.

A LOC, according to Justice Chandra Dhari Singh, is a coercive tool used to force someone to surrender and infringes on Ayyub’s right to personal liberty and unrestricted movement. It will be issued in cases where the accused is purposefully avoiding summons or arrest, or fails to appear in court despite a Non-Bailable Warrant, according to the court.

“In the instant case, there is no contradiction by the respondent to the petitioner’s submission that she has appeared on each and every date before the Investigating Agency when summoned, and thus there is no cogent reason to presume that the Petitioner will not appear before the Investigation Agency, and thus no case is made out for issuing the impugned LOC,” it added.

The court ordered that if Ayyub is allowed to travel overseas, she must immediately notify the Investigation Agency of her travel dates and detailed itinerary, as well as the addresses of the sites she will be visiting. She has also been ordered to deposit a Rs 1 lakh FDR with the ED in Mumbai and to return to India on April 11.

Ayyub had appealed the Enforcement Directorate’s (ED) lookout circular issued against her in connection with an alleged money laundering investigation. Ayyub’s lawyer, Vrinda Grover, had previously said that she is a well-known journalist “who speaks truth to power” and is being prosecuted for it as well as for criticising the “incumbent establishment.”

Grover said that there was no evidence that she was avoiding the legal process because she had been in contact with ED on a regular basis. The court was informed that she had responded to each and every summons issued by the ED.

The ED, represented by Additional Solicitor General S.V Raja, said that Ayyub stole monies gathered in the name of humanitarian activities and submitted fraudulent bills. According to the central agency, if she is allowed to leave the country, she will not return.

Her assets worth Rs 1.77 crore have also been attached, according to the court, in connection with alleged irregularities. Ayyub was also charged of hiding papers by the ED. Grover, on the other hand, said that all documentation had been provided and that she had agreed to go before the ED.

The court stated that it is a well-known fact that she has always reported to the ED when she has been summoned. The judge questioned ED’s claim that she is merely putting on a show of cooperation and then asked why she has not been detained.

“She hasn’t been charged with 1000 crores… It must be in the tens of crores, if not the twenties of crores. During the hearing, Justice Singh stated, “(You have) already frozen her account.”

Ayyub claimed in her court appeal that the ED emailed her summons roughly two hours after she was detained at the airport, directing her to appear before it on April 1. The information sought in the summons is a “verbatim copy” of the material already sought in the summons dated January 25, according to the petition, and is a “sham exercise” to justify the arbitrary denial of her freedom to travel.

According to Ayyub, she was supposed to speak at a journalism-related event in London before flying to Italy to discuss gender-based online abuse encountered by women journalists around the world.

The ED had filed a complaint against Ayyub in connection with monies obtained through the Ketto platform to aid those affected by the pandemic, accusing her of not using the funds entirely for the purpose for which they were raised.