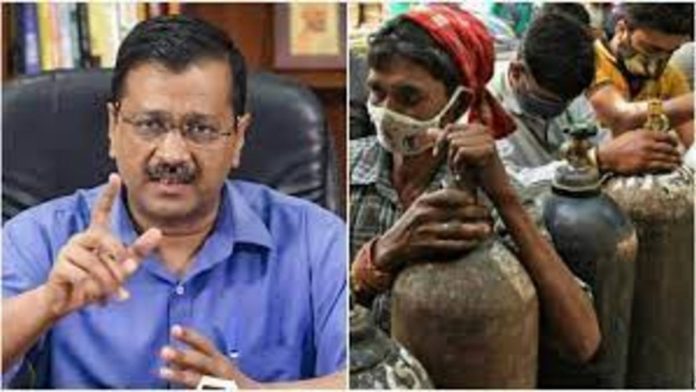 An audit team designated by the Supreme Court of India has tracked down that the Delhi government overstated the oxygen necessity in the national capital by multiple occasions during the April 25-May 10, the peak time of the second wave.

The team has informed the top court that the stock of excess oxygen to Delhi might have influenced supply to 12 states with a high cases.

“There was a gross discrepancy (about four times). The actual oxygen consumption claimed by the Delhi government (1,140MT) was about four times higher than the calculated consumption as per the formula based on bed capacity (289 MT),” the team was heard saying.

Further, the Petroleum and Oxygen Safety Organization (PESO) purportedly told the SC-designated sub-group that the “National Capital Territory of Delhi had surplus oxygen, which is affecting liquid medical oxygen (LMO) supply to other states”. It noticed that the circumstance may prompt a national emergency, a news report implied.

On May 5, during the peak days of the second wave of Covid-19, a Justice DY Chandrachud-led bench of the Supreme Court had guided the Center to keep up oxygen supply of 700 MT to Delhi even as Solicitor General Tushar Mehta had introduced specialists’ computation fixing the need to be around 415 MT of LMO. The order came as the Delhi government raised alert over a deficiency in oxygen supply.

During the April-May period, Delhi had seen a significant deficiency of oxygen, accessible beds, and medicines needed for the treatment of COVID-19 patients. On April 20, 2021, Delhi had reported around 28,000 new COVID-19 cases during a 24-hour time span.

In its interim report to the top court, the sub-group said it’s anything but a proforma to “calculate accurate oxygen requirement of NCTD” and circulated it among 260 hospitals. Upwards of 183 hospitals, including every significant one, reacted with oxygen utilization information, which was dissected against three parameters – real utilization of oxygen, prerequisite according to Center’s formula and Delhi government’s formula.

It said genuine LMO utilization in 183 hospitals according to Delhi government was 1,140 MT, yet as indicated by hospital provided data, the real utilization was just 209 MT. In the event that the Center-suggested equation for oxygen allotment was utilized, the necessity would have been 289 MT and according to the Delhi government formula it would have been 391 MT, it said.