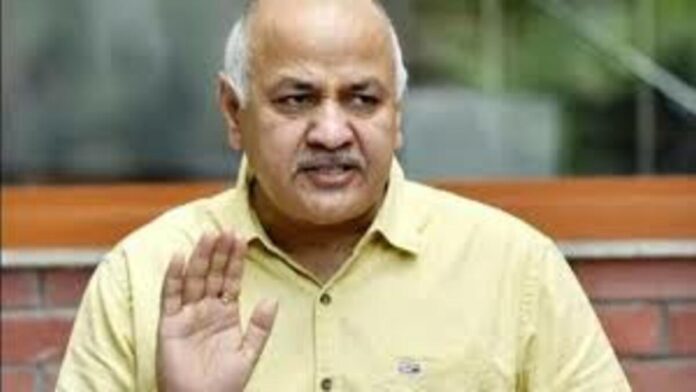 On Wednesday, Manish Sisodia, the deputy chief minister, asserted that the central government has created a plan to permanently relocate Rohingyas to EWS apartments in Bakkarwala, Delhi. Manish Sisodia claimed that the Centre had reversed course on the matter and was now placing the blame on the Delhi administration.

Says Manish Sisodia “In order to permanently settle Rohingyas in Delhi without consulting the elected government of Delhi or the chief minister, the Central government conspired with the Lieutenant Governor. The documentation on this matter makes it quite obvious how officers were told to transmit the material to the LG rather than the elected Delhi government. The Delhi administration and Delhi Police were particularly told by the centre to keep the chief minister and ministers in the dark and integrate Rohingyas into Delhi behind their backs.

He claimed, “After the uproar following Hardeep Puri’s tweet, the Central Government made a U-turn on the issue and blamed it on the Delhi Government.”

“Like Congress did with Bangladeshis, PM Modi wants to create a vote bank of Rohingyas. Although Prime Minister Modi claims he lacks the funds for free healthcare and education, he is willing to spend millions on Rohingyas. Even though Kashmiri Pandits are routinely murdered, PM Modi has accepted Rohingyas as “ghar-jamais.” Manish Sisodia quoted Minister Hardeep Puri as saying, “The PM is even contemplating to provide them permanent shops. Delhi Police would provide 24×7 security to Rohingyas.

“The Rohingyas should be relocated to a state that is governed by the BJP,” he continued. The Delhi administration will fight this action valiantly.

Many BJP members have been calling us throughout the morning to express dismay at the party’s actions. I want to make a call today to all BJP leaders and members to defect. The worst traitor our nation has ever known is the BJP. If necessary, all Deshbhakts should defect to the Aam Aadmi Party and support its goals “said Manish Sisodia.

Hardeep Singh Puri, the Union Minister for Housing and Urban Affairs, stated earlier today that Rohingya refugees would be relocated to homes in Bakkarwala, a neighbourhood outside of Delhi, and would also receive basic facilities and police protection.

Later, it was made clear by the Union Home Ministry that the Rohingya refugees would remain in prison facilities until their repatriation. According to the home ministry, the Delhi government has yet to designate the area where the Rohingya refugees have been relocated as a “detention centre,” and has been ordered to do so right now.

Manish Sisodia, however, said that without the knowledge of the Delhi municipal government, the Central government had “hatched a scheme” to permanently settle Rohingyas in Delhi.

“The EWS flats built by NDMC in Bakkarwala were built as a result of plans by the Central Government to house thousands of Rohingyas there. The news that this was confirmed in the media today completely shocked and surprised Delhi’s elected government. Even more puzzling is the fact that a top central government minister, Hardeep Puri, has publicly acknowledged this and tweeted a number of facts claiming responsibility for the settlement of Rohingyas in these EWS flats of NDMC “said Manish Sisodia.

“It was discovered that the LG’s preferred officers had purposefully kept the elected Delhi government in the dark. Even the decision to conduct the entire operation without consulting the relevant Delhi Home Minister was made. The issue’s file noting makes it very evident how officers were told to transfer the case to the LG instead of Delhi’s elected government.” And Sisodia.

The deputy chief minister of Delhi asserted that the central government and the ministry of home affairs completely reversed course and attempted to place the blame for the decision to provide government apartments to Rohingya refugees after receiving criticism for the action.

While ensuring that neither the elected government of Delhi nor its Chief Minister or the Deputi CM in-charge of the Home Department were informed of the meeting or the decision, Manish Sisodia said, “the truth is that the Centre ordered the officers of the Delhi Government, Delhi Police officials, FRRO officials and forced the Chief Secretary to chair this meeting and take the decision.”

The Delhi government is adamant that Rohingyas will not be permitted to illegally emigrate to Delhi, and it will fight this action with all of its strength. No matter what, we won’t compromise on this country’s and its citizens’ security “Manish Sisodia, the deputy mayor of Delhi, stated on Wednesday.